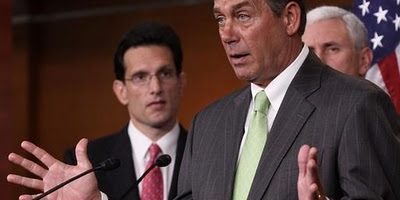 A community defined by its quest for social justice and known for its disproportionate support for the Democratic Party, is waking up to a new reality, dominated by a clear message from voters who chose Republicans over Democrats.

For Jewish politicos and communal activists, the upcoming weeks and months will be dedicated to adjusting, both to the new faces — many of them Tea Party candidates previously unknown to the Jewish community — and to the new conservative anti-spending spirit.

“If some of them are committed to no government expenditures, then it will be hard,” said Rabbi Steve Gutow, president of the Jewish Council for Public Affairs, a group whose domestic agenda focuses on helping the needy in society, “but my guess is that once people actually get into office and have the responsibility to do something, their views could change.”

The new Republican majority in the House of Representatives is likely to cause the Jewish community to re-examine its domestic priorities, focusing on fighting cuts, not expanding entitlements or introducing new social legislation. Several Jewish activists have already spoken about putting aside key issues from their agenda, including immigration reform and energy legislation, since chances for passage were all but eliminated by the congressional upset. Instead, they will concentrate on the looming budget cuts facing the key entitlement programs: Social Security, Medicare and Medicaid.

While the Jewish community’s domestic agenda, closely aligned with that of the Democrats, has taken a hit, communal leaders feel assured about the direction Congress will take on issues relating to Israel and the Middle East.