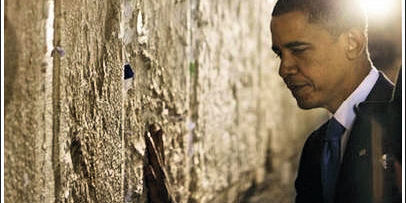 When White House spokesman Robert Gibbs was ordered by the Obama apparatchiks to express displeasure at the decision by Israel to build houses for young families in the East Jerusalem suburb of Gilo, he failed to disclose that the land on which Gilo was built, as with other suburbs in “disputed” parts of East Jerusalem, was home to many Jews who were driven out in 1948 by the British officered Arab Legion of the Hashemite Kingdom of Jordan.

It was finally liberated by Israel nineteen years later, and the land restored, during the June, 1967 Six Day War. King Hussein of Jordan had thrown in his lot with the Egyptian leader, Gamal Abdul Nasser, who was boasting how he was on the verge of destroying the Jewish state. The King believed Nasser’s claims and attacked along the entire Jordanian – Israeli front (including Jerusalem) despite pleas by Israel for him to not follow Nasser’s aggression. History might have been different if Hussein had listened to Israel’s pleas.

In the nineteen years that the Jordanians occupied the territory, they never remotely considered it as anything but Jordanian. Certainly they never thought it belonged to another Arab people who later called themselves Palestinians. As it was, Jordan’s illegal occupation of East Jerusalem, as well as of Judea and Samaria (the West Bank), was recognized by only two countries, Britain and Pakistan.

But the Obama White House, and the relentlessly anti-Israel State Department, nevertheless decided to echo the demands of the Palestinian Authority and call for Israel to stop building homes, not only in Judea and Samaria, but even within Jewish suburbs of Israel’s capital city, Jerusalem; this while Arab settlement building continues unchecked throughout the area at a feverish pace. The same State Department, again under the Obama Administration, rejected Israel’s Heritage program listing Jewish biblical sites around the nation. This encouraged UNESCO to flagrantly accept outrageous claims by Muslims that Jewish matriarch Rachel’s tomb is a mosque and not a Jewish holy site.

It matters not to Obama that Jerusalem, east, west, north and south, has been described as the eternal city of the eternal people. Already his Administration has floated the intolerable idea of Israel “leasing” for a certain period the eastern part of the Holy City from the Arabs who call themselves Palestinians.

Let me quote the words from 1918 of the great Rabbi J.H. Hertz, Chief Rabbi of Great Britain, at the thanksgiving service for the liberation of Jerusalem from the Ottoman Turks by British forces. He spoke of the nearly 4,000 years of history that bound the Jews to their spiritual and physical capital city and of their fate in defending it against its many conquerors:

“Like the Jew, this Holy City of Israel is deathless; fire and sword and all the engines of destruction have been hurled against it in vain. The Babylonians burnt it and deported its population; the Romans slew a million of its inhabitants, razed it to the ground, passed the ploughshare over it and strewed its furors with salt; Hadrian banished its very name from the lips of men, changed it to Aelia Capitolina and forbade any Jew from entering it on pain of death. Persians and Arabs, Barbarians and Crusaders and Turks took it and re-took it, ravaged it and burnt it; and yet, marvelous to relate, it ever rises from its ashes to renewed life and glory.”

Rabbi Hertz was talking on the very day that 2,080 years earlier, Judah Maccabee, the legendary Jewish hero, led his warriors against the Greek-Syrians to liberate the Holy city from its heathen occupiers, entered the Temple, and re-dedicated it to the glory of the One and Only God. Rabbi Hertz ended his speech by proclaiming the prophetic teaching of the Maccabean Festival, we know as Hanukah, in Zechariah, 4:6:

“Not by might, nor by power, but by My Spirit, saith the Lord of Hosts.”

It is useful to dwell on what has been said by both Jews and non-Jews in the past about Jerusalem for there is a government and a Prime Minister in Israel today under assault by President Obama who demands that Israel abandon parts of eternal Jerusalem and give it away to those who hate the Jewish People and who have set their face against accepting any Jewish independence or sovereignty in the Land of Israel. This continues even after Israel’s self- imposed building freeze ( done to encourage the Palestinian Arabs to enter peace talks) finally expired but which has since been used by Palestinian Chairman, Mahmoud Abbas, as an excuse and cynical device to break off talks unless Israel continues the freeze permanently.

Jerusalem and Zion are interchangeable. One can go back through the mists of time and read as far back as the towering words in Isaiah 2:1 and Micah 4:2:

“For out of Zion shall come forth the Torah, and the word of God from Jerusalem.”

These are just two of the 821 times that Jerusalem and Zion appear in the Jewish Bible – Jerusalem 667 times, and Zion 154 times.

According to the much loved correspondent for the Jerusalem Post, the late Moshe Kohn:

“Jewish sources speak of the seventy names by which Jerusalem is referred to in the classical Jewish sources. These include Ariel/lion of God (Isaiah 29:1); Kirya Neemana/Faithful City (Isaiah 1:25); Ir Ha’emet (City of Truth (Zechariah 8:3); Klilat Yofi/Paragon of Beauty (Lamentations 2:15); Yefay Nof/ Beautiful Panorama (Psalms 48:3); and the ancient commentary of Rabbi Akiva in Sanhedrin 58a on 1 Chronicles 29:11 Hanetza/Eternity.”

But what of now? The modern State of Israel endures a world willing, even anxious, to divide Jerusalem again – even as it celebrates the reunification of Berlin – and to give away ancestral and biblical Jewish lands to an enemy led by a Holocaust denier, Mahmoud Abbas, whose own Fatah organization continues to murder Jews and gleefully claim credit for its crimes.

After taking a colossal risk for peace, Israel abandoned the Gaza Strip to the Arabs who showed their contempt for peace by not creating a civilized society in Gaza but by sliding into 7th century barbarism and Islamism. They rained thousands of missiles upon Israeli towns and villages adjacent to the terror infested and Arab occupied territory and the world stood by in silence. Now that same world demands that a similar fate befall Jewish Jerusalem.

That has been the sorry pattern of Israel’s suicidal policy of “land for peace” whereby the Palestinian aggressors receive land from Israel only to then launch new terrorism against Israel from abandoned territory. In turn, Israel never receives peace. This failed and tragic policy has been pressed upon Israel by successive American Secretaries of State and Presidents but never more so than by the current American president whose formative years were deeply influenced by Islam.

Israeli leaders have seemed unable to learn any lessons from their earlier futile withdrawals from southern Lebanon and Gaza. If the Obama Administration has its way, the very ancestral Jewish homeland in Judea and Samaria (the West Bank) will be lost, not by the ravages of an enemy host but, to its eternal shame, by an Israeli government acquiescing in its own national suicide.

As Frank Gaffney wrote in an article some years ago about the delusional peace process:

… The entire Annapolis house of cards is built on the fraudulent foundation that the Palestinian faction established by Abbas’ mentor, Yasser Arafat, is a reliable partner for peace. Only a zealot who has altogether lost any sense of reality could make such an assertion.

Will Prime Minister Netanyahu withstand the brutal pressure from Barack Hussein Obama and not sell out Israel’s ability to remain a viable state with an undivided capital city in eternal Jerusalem? It remains to be seen, but if he falters Israel may not be able to defend itself after being forced back within the nine mile wide pre-1967 borders, which an Israeli statesman, Abba Eban, once described as the “Auschwitz borders”

Victor Sharpe is a freelance writer and author of Volumes One and Two of Politicide: The attempted murder of the Jewish state. (available in our online store)