The peace process is back: Prepare for war 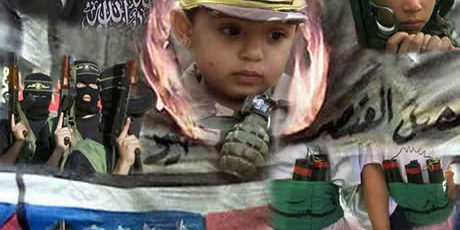 Until recently, relations between Israel and the Palestinians seemed to be once again moving in the right direction.

But just as life seemed to be returning to normal in the West Bank and Gaza Strip and Israelis and Palestinians were for the first time in many years beginning to talk about security and economy cooperation, the US Administration stepped in to demand that the “peace process” be resumed.

The renewed talks between Israel and the Palestinians are now threatening to destroy most of the achievements the two parties made in recent years.

Tensions between Israelis and Palestinians have been mounting ever since President Barack Obama and Secretary of State Hillary Clinton forced the two sides to sit at the negotiating table.

Now that they are being forced to discuss sensitive issues that each side would have preferred to avoid at this stage, Israeli and Palestinian officials have stepped up their rhetorical attacks on each other.

It would have been better had Obama and Clinton waited a little longer with the peace talks and, in the meantime, encouraged Israelis and Palestinians to continue with their efforts to calm the situation.

When President Bill Clinton tried in 2000 to force Israelis and Palestinians to sign a deal that neither side could accept, the result was an armed intifada that claimed the lives of thousands of Palestinians and Israelis.

The peace process is back, but so are tensions between Israel and the Palestinians. The harder the US pushes, the closer the two sides move toward another confrontation.

The situation today is much better than it was a few years ago, at least as far as the Palestinian population is concerned.

While Israel has been gradually easing security-related restrictions, allowing Palestinians a greater degree of freedom to move and work, the Palestinian Authority government of Salam Fayyad has made progress toward restoring law and order and combating financial corruption.

Security coordination between Israel and the Palestinian Authority is one of the main reasons behind the relative calm that prevails today in the West Bank.

The two sides have a common interest in preventing Hamas from extending its control to the West Bank. This is the reason hundreds of Hamas supporters are being held without trial in Palestinian-controlled prisons in the West Bank.

And this is the reason dozens of Hamas-affiliated institutions in the West Bank have been closed down by the US-trained Palestinian security forces. In addition, the Fayyad government has fired thousands of civil servants suspected of being affiliated with Hamas.

The security coordination, especially in the field of intelligence, has even resulted in the elimination of a number of Hamas terror cells that operated in the West Bank.

One of the terror cells was responsible for the shooting attack that took the lives of four Israelis on the eve of the launch of US-sponsored direct talks in Washington last month.

While all these wonderful things had been happening in the West Bank, some positive developments were also taking place between the Gaza Strip and Israel. For over a year now, Israel and Hamas appear to be honoring an unofficial cease-fire that has led to the partial lifting of the blockade against the Gaza Strip.

The last war in the Gaza Strip has evidently created a balance of deterrence vis-à-vis Hamas, whose leaders seem to have reached the conclusion that dragging Israel into another war would see the Islamist movement pay even a higher price than the one it paid during Operation Cast Lead.

Hamas, after all, has an interest in staying in power. Another confrontation with Israel would undoubtedly weaken or even end Hamas’s control over the Gaza Strip.