Nothing but the Truth 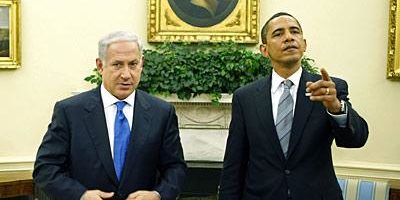 I left Israel, this week, with a heavy heart, wondering how the tables have been turned around so dramatically and in so remarkably short a time, against the Jewish state. It is with incredible deft, that a physical war to eradicate the revival of an ancient Jewish homeland, the one place where a thriving democracy exists in the Middle East with Arab representatives given full rights in the Kinesset, the place where my son is training to deliver sophisticated medical care to the local Bedouin population in Beer Sheba, as well as the Jewish population, without regard to accident of birth, has rapidly been coupled with a moral war, where Israel had been submitted to disproportionate international pressure and opprobrium that world leaders apply to the Jewish state that they would not dare apply to their own nations.

The Arab world had realized shortly after the 1973 war that the Israelis had proven their physical prowess on the battlefield , and that the true way to eviscerate the Jewish state would be to attack them on its very foundations: as a homeland for the Jews.

The fact that Mahmoud Abbas refuses to even utter the words, that Israel is a Jewish State, eviscerates the very core foundations of Israel’s existence, yet no-one on the international stage seems to call him on the carpet for this. This would be tantamount to not recognizing that President Obama is the first black president in our nation’s history, and that that is quite an accomplishment, in and of itself. Please, you might have differences with his policies, but give him the dignity for recognizing him as the person that he is.

Recognize first of all, that Israel is the homeland of the Jews that came about after an egregious history of exile and persecution, after winning five wars, after United Nation’s bestowed its legitimacy upon it. In every way: Israel has proven over and over again its moral legitimacy for its existence. (What nation, I ask you, has been so put to the test to prove their moral legitimacy so many times?)

Then we can speak.

Once again, Israel has become a political football, in which Presidents and Secretary of States are running to make a rapid dash to the goal line so that they can score a quick, political victory, without any regard, whatsoever, to the consequences of the play.

It is time for someone to cry “Foul”.

Much has been made of the so called “draft letter” to Prime Minister Netanyahu that has been leaked to the press, in which Israel was to have been offered a basketful of goodies for extending the ten month moratorium on construction.

First of all, get the facts straight.

This ten month moratorium on building was a unilateral gesture that the Netanyahu government had made to jump start the so-called “peace process”.

Nine and a half of those months ten months, Mahmoud Abbas would not even come to the table to meet with the Israeli prime minister, if it meant that he had to recognize the existence of Israel as a Jewish state.

That is the core mission of Israel’s existence. For the first time millions of Jews who have been discriminated against throughout the world for the sheer accident of having been born Jewish have a home of refuge. We are talking here about Jews of every stripe and color, from Ethiopia, the former Soviet Union, and now running from the antisemitism that is spreading virally throughout Europe.

When the government of Israel agreed to the freeze in building ten months ago, it was supposed to be a “one time freeze”.

However, the fact that the international community suffers from selective amnesia regarding the assurances that have been offered the Jewish state is nothing new.

What is more disturbing, however, is that the conclusions of this process appear to be foregone before the actual discussions even begin.

It seems that in the opinion of the Obama administration and much of the international community, Israel is supposed to return to the non-defensible pre-1967 borders, which Ambassador Abba Eban had dubbed, “The Auschwitz lines”.

Already, the administration has promised within its inducement package for extending the moratorium, that Israel will be allowed a presence between the Palestinian state and Jordan.

No-one seems to be willing to ask the obvious question: Where exactly are these borders?

If there is one thing Israel has learned through the painful sacrifice of Gaza and the approximately 10,000 Qassam rocket missiles that have rained down on Southern Israel ever since is that Israel has got to have defensible borders.

If Israel were to withdraw to the pre-1967 lines, it would place every single Israeli city within easy Qassam rocket range. Ben Gurion airport would just be 5.9 miles away, within easy rocket reach.

Not recognizing this is simply re-writing history. It is as though the international community has suffered from a lobotomy of its frontal lobe.

After the 1967 war, United Nations resolution 242makes no requirement for Israel to withdraw from all the territories it occupied in its defensive war of 1967.

Instead, it makes reference for every state in the area to have “secure and recognized boundaries”. As U.S ambassador Arthur Goldberg had said in an address before the United Nations Security Council on November 15, 1967. Historically, there has never been any secure and recognized boundaries in the area. Neither the armistice lines of 1949 nor the cease fire lines of 1967 have answered the description.”

While the world focuses its attention on the actions of a few bulldozers in the area, I have watched as the essential facts regarding this dispute have been bulldozed away.

And it is about time to set the record straight.