In a Computer Worm, a Possible Biblical Clue 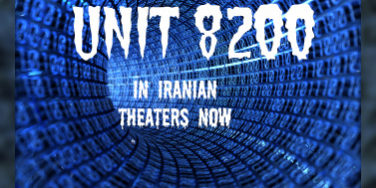 Deep inside the computer worm that some specialists suspect is aimed at slowing Iran’s race for a nuclear weapon lies what could be a fleeting reference to the Book of Esther, the Old Testament tale in which the Jews pre-empt a Persian plot to destroy them.

That use of the word “Myrtus” — which can be read as an allusion to Esther — to name a file inside the code is one of several murky clues that have emerged as computer experts try to trace the origin and purpose of the rogue Stuxnet program, which seeks out a specific kind of command module for industrial equipment.

Not surprisingly, the Israelis are not saying whether Stuxnet has any connection to the secretive cyberwar unit it has built inside Israel’s intelligence service. Nor is the Obama administration, which while talking about cyberdefenses has also rapidly ramped up a broad covert program, inherited from the Bush administration, to undermine Iran’s nuclear program. In interviews in several countries, experts in both cyberwar and nuclear enrichment technology say the Stuxnet mystery may never be solved.

There are many competing explanations for myrtus, which could simply signify myrtle, a plant important to many cultures in the region. But some security experts see the reference as a signature allusion to Esther, a clear warning in a mounting technological and psychological battle as Israel and its allies try to breach Tehran’s most heavily guarded project. Others doubt the Israelis were involved and say the word could have been inserted as deliberate misinformation, to implicate Israel.

“The Iranians are already paranoid about the fact that some of their scientists have defected and several of their secret nuclear sites have been revealed,” one former intelligence official who still works on Iran issues said recently. “Whatever the origin and purpose of Stuxnet, it ramps up the psychological pressure.”

So a calling card in the code could be part of a mind game, or sloppiness or whimsy from the coders.

The malicious code has appeared in many countries, notably China, India, Indonesia and Iran. But there are tantalizing hints that Iran’s nuclear program was the primary target. Officials in both the United States and Israel have made no secret of the fact that undermining the computer systems that control Iran’s huge enrichment plant at Natanz is a high priority. (The Iranians know it, too: They have never let international inspectors into the control room of the plant, the inspectors report, presumably to keep secret what kind of equipment they are using.)

The fact that Stuxnet appears designed to attack a certain type of Siemens industrial control computer, used widely to manage oil pipelines, electrical power grids and many kinds of nuclear plants, may be telling. Just last year officials in Dubai seized a large shipment of those controllers — known as the Simatic S-7 — after Western intelligence agencies warned that the shipment was bound for Iran and would likely be used in its nuclear program.

“What we were told by many sources,” said Olli Heinonen, who retired last month as the head of inspections at the International Atomic Energy Agency in Vienna, “was that the Iranian nuclear program was acquiring this kind of equipment.”

Also, starting in the summer of 2009, the Iranians began having tremendous difficulty running their centrifuges, the tall, silvery machines that spin at supersonic speed to enrich uranium — and which can explode spectacularly if they become unstable. In New York last week, Iran’s president, Mahmoud Ahmadinejad, shrugged off suggestions that the country was having trouble keeping its enrichment plants going.

Yet something — perhaps the worm or some other form of sabotage, bad parts or a dearth of skilled technicians — is indeed slowing Iran’s advance.

The reports on Iran show a fairly steady drop in the number of centrifuges used to enrich uranium at the main Natanz plant. After reaching a peak of 4,920 machines in May 2009, the numbers declined to 3,772 centrifuges this past August, the most recent reporting period. That is a decline of 23 percent. (At the same time, production of low-enriched uranium has remained fairly constant, indicating the Iranians have learned how to make better use of fewer working machines.)

Computer experts say the first versions of the worm appeared as early as 2009 and that the sophisticated version contained an internal time stamp from January of this year.

These events add up to a mass of suspicions, not proof. Moreover, the difficulty experts have had in figuring out the origin of Stuxnet points to both the appeal and the danger of computer attacks in a new age of cyberwar.

For intelligence agencies they are an almost irresistible weapon, free of fingerprints. Israel has poured huge resources into Unit 8200, its secretive cyberwar operation, and the United States has built its capacity inside the National Security Agency and inside the military, which just opened a Cyber Command.

But the near impossibility of figuring out where they came from makes deterrence a huge problem — and explains why many have warned against the use of cyberweapons. No country, President Obama was warned even before he took office, is more vulnerable to cyberattack than the United States.

For now, it is hard to determine if the worm has infected centrifuge controllers at Natanz. While the S-7 industrial controller is used widely in Iran, and many other countries, even Siemens says it does not know where it is being used. Alexander Machowetz, a spokesman in Germany for Siemens, said the company did no business with Iran’s nuclear program. “It could be that there is equipment,” he said in a telephone interview. “But we never delivered it to Natanz.”

But Siemens industrial controllers are unregulated commodities that are sold and resold all over the world — the controllers intercepted in Dubai traveled through China, according to officials familiar with the seizure.

Ralph Langner, a German computer security consultant who was the first independent expert to assert that the malware had been “weaponized” and designed to attack the Iranian centrifuge array, argues that the Stuxnet worm could have been brought into the Iranian nuclear complex by Russian contractors.

“It would be an absolute no-brainer to leave an infected USB stick near one of these guys,” he said, “and there would be more than a 50 percent chance of having him pick it up and infect his computer.”

There are many reasons to suspect Israel’s involvement in Stuxnet. Intelligence is the single largest section of its military and the unit devoted to signal, electronic and computer network intelligence, known as Unit 8200, is the largest group within intelligence.

Yossi Melman, who covers intelligence for the newspaper Haaretz and is at work on a book about Israeli intelligence over the past decade, said in a telephone interview that he suspected that Israel was involved.

He noted that Meir Dagan, head of Mossad, had his term extended last year partly because he was said to be involved in important projects. He added that in the past year Israeli estimates of when Iran will have a nuclear weapon had been extended to 2014.

“They seem to know something, that they have more time than originally thought,” he said.

Then there is the allusion to myrtus — which may be telling, or may be a red herring.

Several of the teams of computer security researchers who have been dissecting the software found a text string that suggests that the attackers named their project Myrtus. The guava fruit is part of the Myrtus family, and one of the code modules is identified as Guava.

It was Mr. Langner who first noted that Myrtus is an allusion to the Hebrew word for Esther. The Book of Esther tells the story of a Persian plot against the Jews, who attacked their enemies pre-emptively.

“If you read the Bible you can make a guess,” said Mr. Langner, in a telephone interview from Germany on Wednesday.

Carol Newsom, an Old Testament scholar at Emory University, confirmed the linguistic connection between the plant family and the Old Testament figure, noting that Queen Esther’s original name in Hebrew was Hadassah, which is similar to the Hebrew word for myrtle. Perhaps, she said, “someone was making a learned cross-linguistic wordplay.”

But other Israeli experts said they doubted Israel’s involvement. Shai Blitzblau, the technical director and head of the computer warfare laboratory at Maglan, an Israeli company specializing in information security, said he was “convinced that Israel had nothing to do with Stuxnet.”

“We did a complete simulation of it and we sliced the code to its deepest level,” he said. “We have studied its protocols and functionality. Our two main suspects for this are high-level industrial espionage against Siemens and a kind of academic experiment.”

Mr. Blitzblau noted that the worm hit India, Indonesia and Russia before it hit Iran, though the worm has been found disproportionately in Iranian computers. He also noted that the Stuxnet worm has no code that reports back the results of the infection it creates. Presumably, a good intelligence agency would like to trace its work.