Are the U.S. and the West starting to get it? 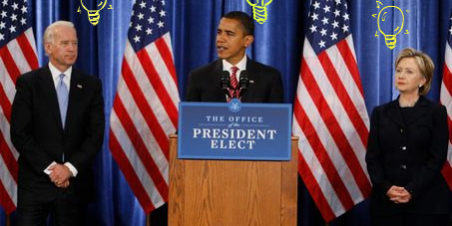 After acceding to U.S. requests for nine months by freezing construction on existing Jewish settlements in the West Bank and also not building over the pre-1967 frontier in Jerusalem, Israel got nothing.

While Prime Minister Benjamin Netanyahu seemed willing to continue it in some form, pressures from within his coalition made that impossible.Therefore, the freeze is coming to an end, though Israel is still ready to discuss limits on new construction. Palestinian Authority (PA) leader Mahmoud Abbas is threatening to walk out of the once-every-two-weeks direct talks.

So what has been the reaction?

First, 87 U.S. senators, that’s 87 percent of the membership, have urged Obama to keep Abbas from walking out of talks. They have not blamed Israel for the crisis.

The Obama Administration is approaching the issue calmly and there has been no bashing or even criticism of Israel. Why? Lots of reasons, one being the impending November elections and the government’s eagerness to show it has achieved something in international affairs. Another is that officials now realize that the PA has been their real headache, refusing to talk for 20 months, constantly setting new preconditions, and eagerly looking for some way to walk out of negotiations. Europe is being pretty quiet also about blaming Israel.

Even Washington Post columnist Richard Cohen, a frequent critic of Israel in the past, gets it, criticizing the Obama Administration–not Israel–for its handling of the settlements’ issue. And Ben Smith at Politico writes a story headlined, “In blame game, arrow tilts to Abbas.”

These statements and articles generally miss the deeper story: incitement to kill Israelis and destroy Israel continues at full speed in the PA media and institutions; the PA’s Fatah leadership neither wants nor can deliver a compromise two-state solution at present; Hamas’s control of the Gaza Strip poses an insuperable obstacle; nothing has been done by the PA to prepare Palestinian public opinion for compromise (quite the contrary); and Israel wants peace on reasonable terms. But a lot of people in the U.S. government and media now understand–at least temporarily–the symptoms indicating all of these factors.

Overarching all of this is the real main issue: the great struggle in the Middle East between Islamists and nationalists, the efforts by the Iran-led radical bloc and local revolutionary Islamist groups (using terrorism or even electoral means) to overthrow the relatively moderate regimes and drive U.S. influence out of the region.

In another indication of this fact, in still another example of strong U.S.-Israel military cooperation, the U.S. Defense Department has agreed to help Israel develop a short-range anti-missile system aimed against the kind of barrages fired in the past by Iran’s clients, Hizballah and Hamas.

Of course, there are limits, some due to understandable diplomatic maneuvering, some due to lack of comprehension. State Department spokesman P.J. Crowley was mild in saying that the United States was “disappointed” by the Israeli decision and praised Abbas for not immediately walking away from the talks.

But will they praise him if he walks out in a week or so?

Meanwhile a new, very potent computer virus has hit Iran, reportedly targeted especially at its nuclear program. Wonder where it could have come from? Additionally, to their credit, the Obama Administration and most of Europe have toughened sanctions to the point where they are hurting the Tehran regime. The regime is far from falling or changing but it is shaking up and some of the elite is starting to ask whether an aggressive foreign policy and a nuclear weapons’ drive isn’t a big mistake.

Barry Rubin is director of the Global Research in International Affairs (GLORIA) Center and editor of the Middle East Review of International Affairs (MERIA) Journal. His latest books are The Israel-Arab Reader (seventh edition), with Walter Laqueur (Viking-Penguin); the paperback edition of The Truth About Syria (Palgrave-Macmillan); A Chronological History of Terrorism, with Judy Colp Rubin, (Sharpe); and The Long War for Freedom: The Arab Struggle for Democracy in the Middle East (Wiley). To read and subscribe to MERIA, GLORIA articles, or to order books, go to http://www.gloria-center.org.  You can read and subscribe to his blog at http://www.rubinreports.blogspot.com.