Democrats in US congress urge Obama to release Pollard 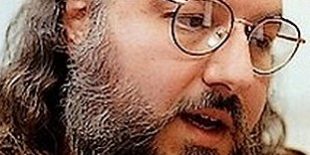 Four Democrats in Congress urged US President Barack Obama to release Jonathan Pollard as a means of advancing the Israeli-Palestinian peace process.

A letter circulating among other members of the US House of Representatives and initiated by Reps. Barney Frank (D-Mass.), Edolphus Towns (D-N.Y.), Anthony Weiner (D-N.Y.) and Bill Pascrell (D-N.J.) “notes the positive impact that a grant of clemency would have in Israel, as a strong indication of the goodwill of our nation towards Israel and the Israeli people,” said a statement issued Thursday by Frank’s office. “This would be particularly helpful at a time when the Israeli nation faces difficult decisions in its long-standing effort to secure peace with its neighbors.”

Pollard has been serving a life sentence since 1986 for spying for Israel while he was a Navy analyst.

Israeli newspapers reported last week that Prime Minister Benjamin Netanyahu’s government was seeking Pollard’s release as a means of placating settlers and other hawks should Netanyahu extend a ten month partial settlement freeze beyond its expiry next week.

The Palestinian Authority and the Obama administration have been urging such an extension. Settler leaders have acknowledged that Pollard’s release would substantially impede an effort to rally against a further freeze.

Netanyahu attempted to extract Pollard’s release in 1998, during his previous stint as prime minister, but was rebuffed by the Clinton administration.

US intelligence officials have said Pollard’s espionage was too vast to merit clemency, and that he should not be released before 2015, when his life sentence is first subject to review under sentencing guidelines in place at the time of his conviction.

Frank’s statement said the letter would not challenge Pollard’s guilt, but would argue that his life sentence is not commensurate with those handed down to spies who have committed similar offenses.

The letter would circulate until mid-October, when it will be sent to the president, the statement said.