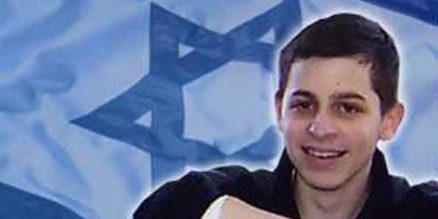 Hamas posted a video of kidnapped Israeli soldier Gilad Schalit on Youtube on Monday, suggesting he would be killed if a deal was not soon reached.

In the animated video, two masked men are shown standing on either side of Gilad Schalit in a dark room, with one of them holding an AK-47 assualt rifle.

At the end of the 24-second video, gun shots are heard as the movie goes black and the words “Is the mission completed?” are seen written in Arabic.

In response the video, the Schalit family released a statement saying that, “The Schalit family is troubled that instead of worrying about the hundreds of Palestinian prisoners jailed in Israel, some of which could have been at home long ago, Hamas leaders have chosen to continue holding Gilad, our son, captive as a hostage for their political aspirations, an act which is an ongoing war crime according to international law.” The statement continued, “In addition, Hamas leaders in Gaza and Damascus are not hesitant to add, and even take a new approach, to the psychological warfare of the lowest level against the Schalit family, instead of respecting international law and conventions.”

The Schalit family has campaigned tirelessly to pressure the government to reach an agreement with Hamas for their son’s release. They even turned down Prime Minister Binyamin Netanyahu’s appeal before the High Holy Days to leave their protest tent in front of his Jerusalem residence and return home for the holidays, saying nothing has happened over the last eight months that would justify taking a break from their vigil.

Schalit said there is no activity with the German mediator, no pressure being placed on Hamas, and no effort to gain “bargaining chips,” while those chips that were in Israel’s hands – Hamas legislators in Israeli jails – have for the most part been released. In addition, he said, there has been no sign of life from Gilad since Hamas released a video tape of him a year ago.

“For eight months, nothing has happened, except for words,” Schalit said.