The war this Yom Kippur 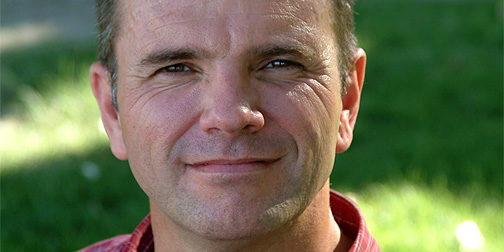 They are ganging up on Israel, and are going to paint Prime Minister Netanyahu the lone culprit when the “peace” process falls.

To withstand the American-European-Arab alliance, the Israeli will need all the strengthening he can get in the week ahead.

That means Christian support and prayer. Apart from among Israel’s Jews, he’s not going to find help anywhere else.

We cannot imagine the pressure he is under at this moment to not resume building in Samaria and Judea when the “settlement freeze” expires September 26.

The unrelenting demand on him has intensified in the hours leading up to Yom Kippur (which begins Friday afternoon Israel time). He will gain a little respite during this Day of Atonement, but the pressure will be back in full force the moment the fast is past.

On Thursday, they addressed Netanyahu with one voice:

Visiting US Secretary of State Hillary Clinton “appealed” to the Israeli leader to continue the freeze, even just for a “limited time,” saying it would be “extremely useful” if he would agree.

She stressed President Barack Obama believed “doing something about the moratorium” would be “an important decision by Israel in the interest of the negotiations.”

The European Union issued a declaration adopted by foreign ministers who demanded the freeze continue and “recall that settlements are illegal under international law.”

In excerpts published Thursday evening from an interview with Egyptian President Hosni Mubarak – filmed by Israel’s Channel One television station and scheduled to be broadcast to the nation Saturday evening directly after Yom Kipper – the Egyptian ruler said he had “told” Netanyahu “to extend the freeze for at least three or four months help achieve satisfactory results.”

When, according to Mubarak, the prime minister said he could not do so due to resistance within his government, the Egyptian said he “told Netanyahu to forget about all those who are hesitant and skeptical and to continue with the settlement freeze for a few more months at least.”

Mubarak said he had warned Netanyahu that extending the freeze was a small price to pay compared with the repercussions of failing to do so.

All this the Israeli public will hear Saturday night.

And Arab League president Amr Moussa darkly told Reuters there was “no use continuing negotiations if settlement construction does not stop.”

It is easy to criticize Netanyahu’s perceived weaknesses, to pontificate, that if he can’t stand the heat he should never have entered the kitchen.

While there are times when such criticism may be helpful, I don’t believe this is one of them. It will only add to the already wall-to-wall weight under which no secular leader of a tiny little country like Israel can stand.

As Christians who believe that the territory in question – which the international community is trying everything in its power to wrest from Israel’s control – is the Jewish people’s God-given land;

As Christians who recognize that the establishment of a Palestinian state on that land will immeasurably heighten the existential threat to Israel;

As Christians who see vividly that the only “solution” contained in this land-for-peace process is the solution to the Muslim world’s problem with the Jews;

As Christians who understand that Israel’s government and prime minister are looking for human answers to what is, in reality, a spiritual question;

And as Christians who believe that Israel’s Commander in Chief outranks America’s commander in chief and has already determined to thwart Obama’s plan and the plan of the nations:

Today, as the Jews go into their synagogues and houses and chambers and come to the end of their Days of Awe, of soul searching and repentance; and as Prime Minister Netanyahu himself looks perhaps inwards or upwards for the wherewithal to withstand the assault that will resume tomorrow night – let us gather around Israel and around Bibi in prayer, and also in fasting.

Let us enter the Throne Room, and as the scepter is extended, let us petition Almighty God – the God of Israel – to confound the plans of the Obama administration, of the European Union, of the United Nations, of the Arab League, and of every member of the anti-Israel coalition.

Let us ask Him to brace up Israel’s leadership – those in the Knesset who want to end the “freeze” – and to give, especially the prime minister, heavenly assistance; supernatural inspiration and strategy, and a strength above and beyond his natural ability to withstand all that is brought to bear against him.

Then let us act.

Let us get onto our representatives TODAY and demand that they call for an end to the shameful and unjust coercion of the Israeli government; let them know that we deplore this anti-Israel and pro-Palestinian position that has now been adopted so openly by the political leadership in our countries – especially if we are American or European. Write to the editors of your local media, decrying the bullying tactics that are being used against Israel. And when they “report” in the usual biased way – joining in the finger pointing at Netanyahu – condemn the press prejudice and insist that they stick to the facts and at least give BOTH sides a fair hearing.

Here in Israel we are gearing up for action too. On September 26 – D-Day for ending the freeze – hundreds of visiting Christians from all over the world will be gathering in the “settlement” of Ariel, capital of Samaria, to affirm the right of the Jewish people – formed into a nation in the very place which the world wants them to surrender – to build and to grow and to give birth and to live and to continue to thrive in the  land given exclusively by God to the descendants of Jacob forever.

For more on this event, email jerusalemwatchman@gmail.com for details.

Meanwhile – let us not be idle. We have a great deal to do.

And may the Lord hear the prayers of His people.