U.S. role in Israeli-Palestinian talks is a problem 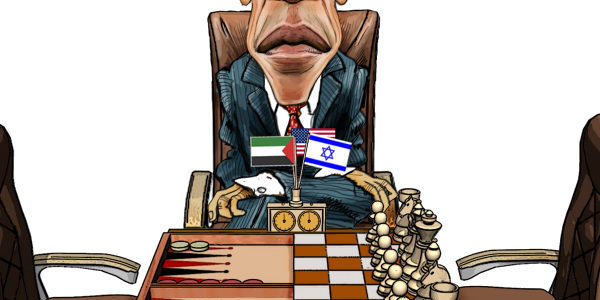 Seventeen years ago, the world was astonished to learn that the Israelis and Palestinians had concluded a far-reaching understanding to advance peace—the now-famous Oslo agreements. This negotiation has ever since served as a role model for how two hostile parties might settle. One essential feature of Oslo was that nobody knew about it. There were no American intermediaries, no television, no press conferences.

The talks in Washington have, by contrast, opened with fanfare. The crucial question is whether the two sides will now observe an Oslo silence, keeping the substance of their conversations to themselves. Leaks could become destructive, hence Israeli Prime Minister Binyamin Netanyahu has indicated he will not even brief most of his cabinet until a framework is reached with Palestinian President Mahmoud Abbas. Netanyahu’s response to questions from the Israeli press was suitably succinct: “You want headlines, I want an agreement.”

Even so, there is a serious problem in procedure. The Americans will sit in on the direct negotiations, something the Arab leaders wanted in the belief that the Obama administration is the most pro-Palestinian in history. The Israelis accepted only reluctantly. In all previous meetings, the Americans entered the talks in a serious way only at the endgame. The argument for the trilateral arrangement is that in any impasse the Americans will be on hand to offer a bridging proposal. The trouble is that this approach will make it harder for the Israelis and the Palestinians to engage.

The risk is that they will take positions designed to elicit American approval. Or they’ll be tempted to make harder demands of the other side in the knowledge that the Americans will be obliged to try to get movement on them.

An easy example of how difficult this is going to be is Israel’s 10-month-old moratorium on settlement construction that ends on September 26. Originally the moratorium was an Israeli gesture of good faith, put forth in the hope of a reciprocal response from the Palestinians. It was not forthcoming. In the culture of the Middle East, an unrequited gesture is not regarded as magnanimous but as a sign of weakness, and as such inviting further pressure. That, in part, is why the Israelis are unwilling to extend this moratorium. In fact, the Palestinians threatened to end the talks if construction of even a single house resumed. American officials must urge the Palestinian leadership to stop their threats and just recognize that the talks will have to begin with both sides having to make concessions. This is a way the parties will begin to develop a sense from each other as to where flexibility lies.

The key question is where in these circumstances an Oslo level of trust can be achieved. Each side today privately expresses doubts about having a true partner on the other side. Both are susceptible to the anxiety that their hard-liner factions will nullify any reasonable agreement.

In the Oslo process, Palestinian leader Yasser Arafat had a unique level of trust in Israeli Prime Minister Yitzhak Rabin. For example, when the Israelis suffered a terrorist attack from Gaza, they had to respond and shut down Gaza for a while. Rabin sent a secret note explaining why Israel had to defend itself, but he accompanied it with a check for 15 million shekels, with the stated recognition that it was for the many Palestinians who were put out of work. Arafat exclaimed to his colleagues, “This is a man I can deal with, this is a man I can trust.” So much so that when Rabin was assassinated, Arafat is known to have said to his closest colleagues, “This is not only the end of Rabin. This is the end of Arafat.”

Today trust-building measures must include an agreed code of conduct for dealing with the outside world. There should be a mutual understanding about preventing disruptive leaks and responding coolly to any that occur: Both sides have people who are prone to leaking. Language is also important. The Israeli prime minister reflected this when he called Abbas a “partner in peace” and stated, “The Jewish people are not strangers in our homeland, the land of our forefathers. But we recognize that another people share this land with us.” He added that he came to find “an historic compromise that will enable both peoples to live in peace, security, and dignity.”

It’s good that Netanyahu maintained his focus and calm in the face of the two most recent terrorist attacks, one in which four Israelis, including a pregnant woman, were murdered, followed by a shooting the next day. Note that Netanyahu did not say that yet another terrorist attack would cause Israel to withdraw from the talks—quite different from the way Abbas threatened to withdraw if one house was built in any settlement. The Palestinian leader has uncertain backing, whereas Netanyahu’s political position as a member of the rational, conservative wing of the country enables him to withstand internal pressures. But it was necessary that Netanyahu emphasize: “This peace must be a true peace. It will not just be a piece of paper.” Israelis cannot vacate territory and see it emerge as another base for terrorism.

There are several reasonable demands that should be made to the Palestinians. One is to declare in the language of their own people that both sides have genuine claims to this land, that both sides have the right to live in peace, and that a viable compromise is possible. The Israelis understand that Palestinian discourse in Arabic is much more hostile than the English-speaking world understands. It portrays Israel as an illegitimate invader that must be destroyed. If the Palestinians were to publicly begin the process of reversing the relentless delegitimization of Israel and the daily incitement to hatred and violence through mosque and media, they would prepare their people for compromise and persuade Israelis of the viability of negotiations. A true double-header. It did not help that while Palestinian Authority President Abbas was meeting with Prime Minister Netanyahu, a Palestinian Authority minister visited the families of suicide bombers.

Nor will the newly smooth supportive talk from the Obama administration suffice, given the widespread belief within Israel that the administration lacks a basic commitment to Israel, or even a sympathy for it, contrary to every U.S. administration going back to Harry Truman. This is important because U.S. support made it feasible in the past for the Israelis to propose territorial concessions in the belief that Washington would protect their back. This confidence remains to be rebuilt, for the Israelis cannot easily forget the public positions taken by the United States on various subjects, especially Jerusalem; they have enhanced and hardened the expectations of the Palestinians, who felt they could not be less pro-Palestinian than the White House. What is more, the Israeli public is concerned that even if President Obama’s rhetoric has now changed, the improvement in the U.S.-Israeli relationship could be rendered meaningless if Obama gets angry again.

Israel’s difficult history from previous negotiations has to be remembered. For years after the Oslo Accords, the Israelis had to endure a campaign of indiscriminate murder by hundreds of Palestinian suicide bombers who crossed over from the West Bank, killing hundreds of Israelis. Ditto Hamas and its bombing of Israel with thousands of rockets and mortars after Israel withdrew from Gaza. European monitors at the Rafah crossing had fled as soon as fighting between Hamas and Abbas’s Fatah heated up. Abbas, too, would do well not to forget how Hamas savaged Fatah members.

The Israelis cannot risk Hamas somehow or another taking over the West Bank and creating yet another base for terrorism. Today Israeli counterterrorism forces can reach every place in the West Bank (Judea and Samaria in the Bible), capture prohibited weapons, or intercept innumerable suicide bombers. If the West Bank were allowed to become a failed Palestinian state, its location, eight to 12 miles from the Mediterranean, means that any kind of rocket and mortar assault could seriously threaten the viability of Israel’s interior. The ridge line on the West Bank overlooks so much of the heartland of Israel that even a Palestinian teenager with the most simple weaponry, such as a portable Kassam rocket, could hit Israel’s main airport and major cities. Any Americans who do not understand why Israel must have a fully demilitarized Palestinian state and a method to verify it do not understand how close everything is in the Middle East. Israelis know their defense cannot be entrusted to any other force. As the Israeli diplomat Abba Eban once said of international forces in the Middle East: They are like an umbrella, except they always close when it rains.

It is not that the Israelis are unwilling to take risks for peace. They recently dismantled hundreds of security barriers and checkpoints in the West Bank to improve mobility for people and commerce. They also worked out a program tantamount to parole for major terrorists, whereby they give up their weapons and place themselves under the protection and patrol of the Palestinian Authority.

Any agreement would have to be phased. Time would be needed to assess Palestinian success in preventing terrorism and halting incitement. Time would be needed to arrange the details of the Israeli security presence in the West Bank and the Jordan Valley. A phased agreement could also assure the Palestinians that if they properly uphold their commitments, Israel would hand over more and more territory. This could take as long as 10 years, time that would also serve an Israeli government to prepare and legislate a proper evacuation and compensation for the thousands of settlers who would have to leave their settlements and relocate the center of their lives back into Israel proper.

Former British Prime Minister Tony Blair, now the Quartet representative to the Middle East, put it well. The only Palestinian state that Israel can accept, he said, is “one that is secure and properly governed.” The peace process must be the beginning of a new future, not the beginning of the end of Israel.