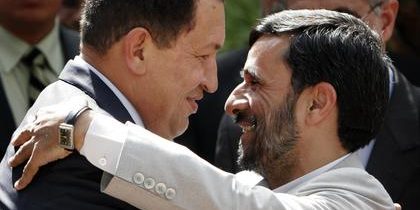 How close are we to the end of time as we know it? According to Bible prophecy, we could be very close. Actually, the Bible does not say that the world itself will end, but that this “time” or “age” will end and a new time or age will begin.

So we need to ask: what has happened in the last two years to contribute to this “end of times” progression? Well, the election of the current American President focused on “change.” But it appears that both the old and the new administrations are following the same route to attempt to fix the problem of the Israeli-Palestinian conflict – that is, to force a two-state solution.

The pursuit continues, in spite of the clear reality that for 60-plus years this highly heralded two-state solution has run into insurmountable obstacles. It has not worked and will not work until the Muslim Arabs accept Israel as a sovereign state and recognize its right to exist. The Muslim Arab mindset of hatred for the Jewish people goes back some 4,000 years to the rivalry between Isaac and Ishmael.

Bible prophecy tells us that one day this hatred is going to erupt in an attempt, through war, to destroy the Jewish nation and people. This event seems to be more and more imminent.

The world community has failed to acknowledge the biblical significance of the State of Israel. The fulfillment of biblical prophecy about the return of the Jewish people to their ancient homeland and the rebirth of the ancient nation of Israel virtually launched the “end of times.”  Nor do world leaders seem to understand that their policies in regard to present-day Israel have accelerated the end-times events that the Bible describes.

The leaders of the world’s nations do not realize that we are living in a most important time in prophetic history. Ironically, even most Christians and Jews, who base their religious beliefs on the Bible, don’t really comprehend Bible prophecies. Most Christians and Jews don’t seem to understand the biblical significance of the nation of Israel – or of the Middle East, Russia, Iran, the European Union and other nations of the world. Most of the priests, reverends and rabbis believe that the biblical end-times prophecies are allegorical, not literal.

The Vatican and the World Council of Churches have joined the international political community in calling on Israel’s Jewish people to leave and give away to the Palestinians part of the land that God gave to the descendants of Abraham, Isaac and Jacob as an everlasting possession. This view, of course, is in direct opposition to God’s divine policy as revealed in the Bible – unless, of course, the majority of the Palestinians are of Jewish descent as discussed in a recent (fall 2009) Jerusalem Post Christian Edition magazine article.

The international Quartet, made up of the United Nations, the United States, the European Union and the Russian Federation, are willing to sacrifice the best interests of the nation of Israel for the sake of peace. But they should know that serving up Israel sacrificially would not bring peace to Israel or the rest of the Middle East. The “land for peace” efforts previously tried have only brought more violence and disorder because of the unabated mindset of Muslim Arab hatred for the Jews.

True to form, much of the United Nations continually raises its fist against Israel. The demand is always on the table for Israel to commit to the formation of a Palestinian state as soon as possible and freeze all Jewish settlement construction. The world in general seems so completely biased that it ignores the Palestinians’ failure to make any substantive efforts to implement what they promised in signing the Roadmap agreement several years ago.

The first step in the agreement was for the Palestinians to halt all their terrorist activities against Israel and for their leaders to disarm and dismantle all the terrorist groups. Not only has this first step not been taken, but nothing else has been implemented which the Palestinians have promised to accomplish. Yet President Obama, Hillary Clinton and UN leaders want Israel to give the Palestinians a state anyway, even though they have broken their word and have not yet created the stable infrastructure necessary to warrant the creation of a state.

All this global pressure on Israel has only led to increased animosity toward Israel from other nations in the Middle East, most prominently Iran. The whole world knows that the leader of Iran has incessantly declared his intention “to wipe Israel off the face of the map.”

Interestingly, Bible prophecy describes this very Middle East scenario and places it in the framework of the “end of times.” The prophet Ezekiel clearly declared that in the end times, Persia (today’s Iran) would form a military coalition with Russia and several other Arab-Muslim nations, with the intent of annihilating the Jewish nation. This Iranian-Russian alliance is already in place and, with Iran boasting of its nuclear weapons development, a nuclear attack on Israel is, in my opinion, likely.

The Bible calls this scenario the Gog-Magog War. However, the prophecy goes on to declare that the God of Israel will intervene – and this will begin with the coming of the promised Jewish Messiah. Remember, nothing is as sure as the promises of God in the Scriptures. Armed with these facts, would you agree that Bible prophecy is on target?