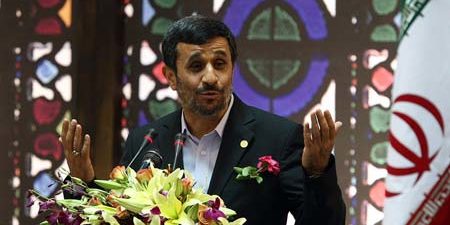 According to the newspaper, which is based in the United Arab Emirates, on October 13 Ahmadinejad is expected to visit the town of Bint Jbeil, which saw fierce battles between IDF forces and Hezbollah terrorists during the Second Lebanon War.

The newspaper quoted the Iranian sources as saying that Ahmadinejad will deliver a speech at a local soccer stadium. Hezbollah Secretary-General Hassan Nasrallah delivered his famous “spider web” speech at the same venue in May 2000, following the IDF’s withdrawal from south Lebanon.

The Iranian leader is also expected to visit the small border town of Maroun al-Ras, also the site of intense clashes between Israeli soldiers and Hezbollah terrorist during the 2006 war.

An Iranian historic center is expected to be inaugurated in the town.

The sources said Ahmadinejad will be accompanied by senior politicians and army officials, adding that Beirut and Tehran are set to discuss arming the Lebanese army with advanced Iranian-made weapons.

The relations between the two countries have grown stronger as of late. On Friday Lebanese President Michel Suleiman called Ahmadinejad and Supreme Leader Ayatollah Ali Khamenei to offer his well-wishes to the Iranian nation on the occasion of the Muslim Eid al-Fitr festival, which concludes the month of Ramadan.