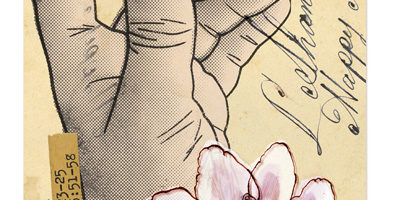 If life is a learning experience, the year just ending provided its fair share of interesting lessons. One lesson being that life, indeed, is not fair.

Like most years, 5770 was not so much a learning curve as a jagged graph. When we were up, we balanced precariously, and when we were down we were very down – humiliated like a schoolchild scolded by a teacher while the class laughs.

Ultimately, rather than being educated, the feeling is that the world wanted to teach Israel a lesson in the most negative sense of the phrase. And what stands out is the scorching memory of the embarrassment rather than the point the teacher might have been trying to make.

That is why, as Jerusalem Post columnist Amotz Asa-El among others has noted, although the year was not a bad one, it didn’t feel good. It was as if the sound of fingernails scraping on an old-fashioned blackboard drowned out the positive buzz in a classroom.

Strangely, in the name of human rights, 5770 was a study of intolerance and double standards.

MOST OBVIOUSLY there was the Goldstone Report on the winter 2008 Gaza campaign. This was not a “could try harder” kind of report. It read like an attempt to get Israel kicked out of school. Israelis felt like the kid who’s been bullied and beaten and, when he finally hits back, is sent by the teacher to the principal’s office.

Which other country would be prepared to suffer 80 missiles a day before fighting back? And, instead of blasting Israel, why didn’t the UN carry out its mandate to try to prevent the mini-war by reining in Hamas? Or at least condemn it for using the civilian population as human shields? Perhaps it was easier to deal with Israel than tackle the bully (especially when the thug is best friends with Iran).

Ask NATO soldiers about the problems of fighting terrorists who deliberately choose to operate among innocent civilians. The scores of accidental casualties in Afghanistan show that the problem is not restricted to this particular area.

In fact, Israel should be careful about whom it chooses to learn from. Despite the increasing efforts to portray it as a racist society second only to South Africa of the apartheid era, it should be noted that it was not this country that banned the burka. It was France. Nor did we forbid minarets on mosques. That would be Switzerland. If we had even considered voting on the matter in a public referendum, the international community would probably still be working out what sanctions to impose on us.

Admittedly this country sometimes played into the hands of those who try to delegitimize it in the school of hard knocks. And we failed to internalize what we learned about fighting a war in the age of Facebook and YouTube.

We got a gold star for our work in Haiti, where we speedily erected the best-equipped mobile hospital the other rescue teams had ever seen. But our image was so bad that some people were willing to believe anything.

A British baroness, for example, accused us of racing to the site of the disaster to harvest human organs. (You don’t need to have studied much history for the term “blood libel” to spring to mind.) Any positive PR from our efforts in Haiti was drowned out in the tidal wave created by the flotilla affair at the end of May. Nine Turkish citizens were killed when navy commandos intercepted the Mavi Marmara, trying to break the naval blockade on Gaza.

So many commissions of inquiry followed – despite Israel’s release of footage showing the soldiers being attacked as they boarded by the ostensible peace activists – that it became clear that Goldstone isn’t the only one who wants us permanently labeled as the problem child. Still, the world might notice that Iran is Turkey’s new best friend.

We already had a bad name when Mossad agents, using non-Israeli passports, were widely believed to be behind the assassination of Mahmoud al-Mabhouh in Dubai. Assuming it was an Israeli operation (and, in effect, one which achieved its aim of getting rid of a terrorist mastermind), the rest of the civilized world could have been a little more supportive. The operation restored deterrence, which is a good thing for any country involved in the war on terror. The deterrent factor, however, was seriously undermined when, instead of quietly protesting through diplomatic channels, countries like Ireland, New Zealand and the UK expelled Israeli officials – even without being able to prove just who did hang that “Do not disturb” sign on the hotel door.

ALTOGETHER, IT was a year in which everyone wanted to tell Israel what it could do and where.

Prime Minister Binyamin Netanyahu declared a construction freeze in Judea and Samaria and called, several times, for “proximity talks” and a two-state solution. But he was seriously scolded by US Secretary of State Hillary Clinton and President Barack Obama for the announcement by an Interior Ministry committee, during Joe Biden’s visit, of approval to build homes in Jerusalem’s Ramat Shlomo neighborhood.

The Palestinian Authority, at the same time, decided the best thing to do would be sit back and watch.

Well, not all the PA was content to be spectators.

Prime Minister Salam Fayyad, considered by many as the Palestinians’ great hope, joined in the jeering crowd and had his photo taken throwing Israeli produce into a bonfire. Very educational.

Meantime, Iran, the neighborhood thug, hovered just outside the school gates and provided the school bullies with smuggled weapons.

Again the world warned Israel about fighting back.

There was also trouble at home. A small number of ultra-Orthodox zealots continued to teach us about intolerance in the name of religion. And the decision to expel several hundred illegal foreign workers drew fire.

There was ugly politics (even within the army, it seems) and some shocking crimes.

But it wasn’t all bad.

The economy remained strong and Israel was accepted into the prestigious OECD. Israeli Ada Yonath won a Nobel Prize (for past achievements, not simply for showing promise like Obama).

It was a record year for tourism, and some big-name artists including Leonard Cohen and Elton John refused to give in to the boycott calls.

Israel discovered gas off the northern coast while dedicated environmentalists managed to torpedo plans that would have spoiled the Palmahim beach in the South. A desalination plant was inaugurated – a particular blessing in yet another drought year.

The Holyland real-estate scandal cast a shadow as ugly as the Jerusalem housing complex, but it seems that local planning authorities learned an important lesson from it.

We had successes in sports, the arts and the sciences. And Masada didn’t fall: It was the stage for a spectacular production of Nabucco. Thousands visited the revamped Israel Museum – not because they were bused there on school trips, but because they wanted to see it.

It seems other countries could look and learn, after all.

Israelis continued to be united in our desire to see the return of abducted soldier Gilad Schalit, even if we bickered over the price being demanded by Hamas. Political activists did not (yet) manage to hijack the campaign for their own purposes. And I continue to pray for closure for the families of all the MIAs.

Making an educated guess, I’d say this year, too, will bring good memories mixed in with harder ones. May we learn from the mistakes of others.

The writer is the editor of The International Jerusalem Post.