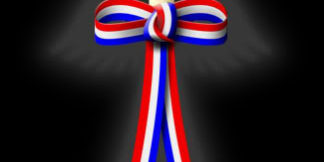 As we remember the radical Islamist attacks of September 11, 2001, say a prayer for those who were lost, those who survived them, and all those who have given their lives in the cause of freedom.

And even as we recall, the best way we can honor those who died is by steeling our resolve not to have let them die in vain.

A recent report — discussed here, in an Australian newspaper — points out that the USA has not done what it should to identify home-grown radicals.  And this piece is a chilling reminder of the fact that there are indisputably Al Qaeda sympathizers who live among us.

Obviously, most American Muslims are good, peace-loving people who are patriots.  But all Americans need — and should ask — their help in denouncing the hateful ideology of those who do violence in the name of the religion they share.  It goes without saying that all peace-loving Muslims should abhor extortion — however delicately phrased — based on the threat of Islamist violence.

Ultimately, Americans as a whole need to learn to be unashamed in demanding of Muslims in the United States the same kind of tolerance and respect and understanding and sensitivity that has made this country a successful melting pot of countless religions and ethnicities.  As we remember the 9/11 attacks, we must resolve to be unapologetic about speaking out for freedom (exercised with respect for others) and the heritage of religious and political values that has made the United States a “shining city on a hill” for so long.