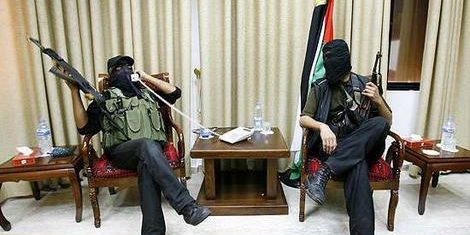 Another drive-by shooting claimed by Hamas injured Moshe and Shira Morani from Maaleh Efraim at the Rimonim junction near Ramallah Wednesday night, Sept. 1. It was exactly the same as the attack which left four Israelis dead near Hebron Tuesday night – except that the couple saved their lives by fleeing their vehicle to a nearby wadi to escape a second round of point blank fire.When finally rescued, Moshe was in serious condition.

debkafile’s counter-terror sources report that although the method of attack did not vary the two incidents were the work of different Hamas cells. Several of these cells are believed to be loose on the West Bank with instructions to accompany to keep up their terrorist attacks for as long as the Washington talks between Israeli and the Palestinians continue. Some of these death squads are expected to try and cross the Green Line from the West Bank and reach targets inside Israel.

According to our sources, the IDF and Israel’s security services have no leads to the perpetrators of the two attacks or their despatchers – because, they estimate, Hamas has imported terrorists from its ranks in Syria and Lebanon. These terrorists have no known ties to any Hamas branch. Neither are they listed by the Israeli and Palestinian security services. Each of these cells operates independently of the others.

So even if any of these terrorists are caught – or an individual is wounded and questioned, he will not be able to provide leads to the others.

For now, these imported terrorists are at large on West Bank roads, exploiting the removal of a great many Israeli security roadblocks and checkpoints in an effort to ease Palestinian movements. The only way to stall them, therefore, is to follow the advice of counter-terror experts and restore the roadblocks. Until this is done, Hamas will be free to strike at will and eventually take its terrorist campaign against the Washington talks into the Israeli heartland.

The problem is that Israel’s leaders, Prime Minister Binyamin Netanyahu, Defense Minister Ehud Barak and Chief of Staff Lt. Gen. Gaby Ashkenazi oppose reinstalling the checkpoints and roadblocks for as long as the US-sponsored talks with the Palestinians continue.

Hamas’ tacticians are fully aware of Israel’s diplomatic constraints and exploiting them to the full, ordering their terror squads to keep going in the hope of sabotaging the negotiations.

All this makes a mockery of Netanyahu’s directive to the IDF and security services to hunt down and punish the perpetrators of the Hebron attack irrespective of diplomatic considerations. For as long as the IDF and Shin Bet are groping in the dark for leads to the assailants and are prevented from physically controlling the road movements of the drive-by shooters, diplomatic considerations are clearly  trumping operational needs.

debkafile’s sources report that no useful information was gleaned from the 250 Hamas operatives rounded up by the Palestinian security services after the Hebron shooting – most of them from Mt. Hebron villages and familiar faces to their interrogators.

One third had been recently released from Israeli or Palestinian jails; one third was made up of members of Hamas student’s organizations and a final third consisted of activists in Hamas’s various societies. None appeared to have any knowledge of the identities of the people running and executing the new wave of attacks.