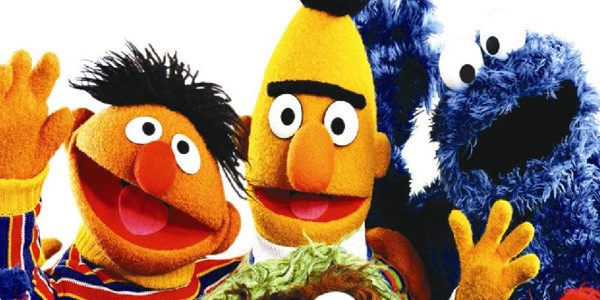 Grover, the charismatically blue character from the classic televised children’s show Sesame Street, seems to be playing both sides of the Israeli-Arab conflict of late. The furry ‘muppet’ is hosting a new version of Jewish-themed Shalom Sesame to be aired on Hanukkah – but has also been heard declaring “We’re off to Palestine!” in an introduction to a Sesame Street video.

The video segment named “A Gift from Grandma,” features a Palestinian Authority girl named Salwa who says that she lives in “Palestine” before she helps her grandmother embroider a dress for her. Some viewers were incensed at the use of the name “Palestine” – a nonexistent state whose formation was agreed to by Netanyahu, but that many Israelis feel cannot be established without putting Israel’s existence into danger.

PA officials have threatened to declare a state whether there is a peace agreement or not, but Israel will not recognize it without one. However,, it seems that someone on the writing staff never heard of Israel–or Jordan for that matter–two places where the story might , actually must, have been filmed. Perhaps whoever wrote those lines feels that if something is repeated often enough, such as the existence of a place called Palestine, it will be believed. Perhaps there is a PA activist on the writing staff.

Despite the “Palestine” video, it seems that declaring Sesame Street hostile to Israel would be premature. In fact, Sesame Street is about to release a new version of “Shalom Sesame” – a Jewish-themed version of Sesame Street that teaches Jewish-American preschoolers about their heritage. Actors Jake Gyllenhaal, Christina Applegate, Ben Stiller, Greg Kinnear, Debra Messing, Cedric the Entertainer, Anneliese van der Pol and many others are featured in the 12-part series that follows Grover as he meets children in the US and travels to Israel to visit some of Judaism’s most prominent sites.

The show was first adapted from the original Sesame Street in 1986 and then again in 1990. Past guests on the show, which aired on American public television, included Joan Rivers, Sarah Jessica Parker, Mandy Patinkin, Mary Tyler Moore, Jerry Stiller and Anne Meara. The first installment of Shalom Sesame will premiere around Chanukah-time.