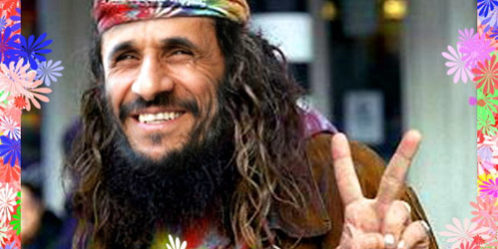 Mahmoud Ahmadinejad purports to know: Israel, he reiterated for the umpteenth time last week, is “too weak” to strike militarily at Iran, and “lacks the courage” to intervene decisively to thwart Teheran’s steady progress toward the nuclear bomb.

The Iranian president is mistaken. Neither weak nor lacking in courage, Israel is, rather, temperate, humane and pragmatic. It is also, above all, resolute on the matter of its survival.

In 1981 it struck, reluctantly, at Iraq’s reactor at Osirak because it determined that Saddam Hussein, if allowed to achieve the means, was capable of getting out of bed one morning and deciding, in defiance of any rational analysis of costs and benefits, to launch a nuclear attack on Israel. In 2007, it hit Syria’s nascent reactor, again without hubris, clinically preempting a dire threat from a ruthless enemy.

Israel has thus far chosen not to militarily challenge the mullahs’ march to the bomb – chosen, that is, not to follow its proven doctrine of preventing enemies from attaining the means to achieve its demise – because, quite simply, it has not felt the imperative to do so.

Leaders and the public alike here have been horrified by years of apparent international indifference to the escalating threat posed to the free world by the Iranian program.

Iran, after all, has made no secret of its determination to remake the world order in its fundamentalist, religiously skewed, brutal, misogynistic image. A nuclear weapons capability would help nicely. Ahmadinejad himself will soon be setting off on his scandalously permitted annual journey to the UN General Assembly, there to advise the great powers, led by the United States, to repent or be damned.

Of late, the US and Europe have led a slightly more robust campaign of economic sanction, and Israel, with one eye on the Iranian nuclear clock, has quietly seethed at the wastage of time while publicly applauding efforts at pressure that it fears may be too little, too late, But, to date, Israel has not felt that the moment of truth had arrived.

THE LAST few days, however, have seen a flurry of reports suggesting that Israel has either now made up its mind that it will have to strike at Iran, or that it is on the point of reaching such a decision. Jeffrey Goldberg, writing in The Atlantic recently and basing himself on what he said were interviews with some 40 current and past Israeli decision-makers, asserted “a better than 50 percent chance that Israel will launch a strike by next July.”

Goldberg went so far as to claim that the Pentagon has already ordered US commanders in this region not to shoot down Iran-bound Israeli aircraft they may encounter in their airspace.

The selection of Yoav Galant to succeed Gabi Ashkenazi as chief of the General Staff has also been widely ascribed, at least in part, to the relevance of Galant’s ostensibly bold and confident persona in the Iranian context. “Considering that the coming year is expected to be a year of decisions,” our own military correspondent Yaakov Katz wrote on Tuesday, “Defense Minister Ehud Barak felt that he needed someone who would be able to make the decision to use the IDF if the government were to decide to give the green light for such an operation.”

Iran is not an easy read for intelligence analysts. Would it strike at Israel if it got the bomb? Would it seek to avoid an Israeli response by supplying the capacity to a nonstate actor, that would strike in its stead? Or would it “merely” use a nuclear capability to remake the regional balance of power to Israel’s drastic detriment? There are no simple answers to these questions. And at the same time, the consequences of Israeli military intervention in Iran are close to unthinkable. For a start, in contrast to Saddam, Iran could both rebuild and retaliate.

Nevertheless, Ahmadinejad is showing an acutely dangerous potential for miscalculation. And since this newspaper’s coverage (which featured at Sheikh Hassan Nasrallah’s rambling Beirut press conference earlier this month) is doubtless brought to his attention, let us make this clear: If Israel were to determine that sanctions had failed, that Iran was about to acquire the capacity to carry out its declared goal of Israel’s demise, and that only Israeli military intervention could prevent a second Holocaust, our leaders would have no choice, however reluctantly, but to act.

We did not gather the majority of the Jewish nation here, in a sovereign entity that was revived tragically too late to save our millions from the Nazis, in order to sit helplessly by as a new genocidal enemy closed in on our destruction.