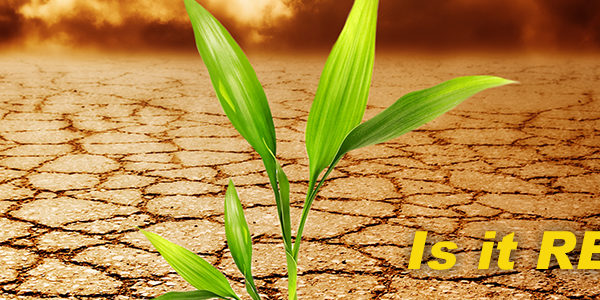 Immersion in this region’s politics can convince those immersed that history is cyclical rather than linear — that it is not one thing after another but the same thing over and over. This passes for good news because things that do change, such as weapons, often make matters worse.

A profound change, however, is this: Talk about the crisis between Israel and “the Arab world” is anachronistic. Israel has treaties with two Arab nations, Egypt and Jordan, and Israel’s most lethal enemy is Iran, which is not an Arab state. It and another non-Arab nation, Turkey, are eclipsing the Arab world, where 60 percent of the population of 300 million is under 25, and 26 percent of that cohort is unemployed. The prerequisites for Arab progress — freedom, education and the emancipation of women — are not contemplated.

Syria’s Bashar al-Assad, a dictator buttressed by torture, recently called Israel a state “based on crime, slaughter.” Imagine what Israelis thought when, at about the time Assad was saying this, a State Department ninny visiting Syria was tweeting to the world, “I’m not kidding when I say I just had the greatest frappacino ever.”

Israel has changed what it can, its own near neighborhood. Since 1967, faced with unrelenting Palestinian irredentism, Israel has been weaving the West Bank into a common fabric with the coastal plain, the nation’s economic and population center of gravity. Withdrawal from the West Bank would bring Tel Aviv’s Ben-Gurion Airport within range of short-range rockets fired by persons overlooking the runways. So, the feasibility of such a withdrawal depends on how much has changed since 1974, when Yasser Arafat received a standing ovation at the United Nations when he said Israel had no right to exist.

Thirty-six years later, Israelis can watch West Bank Palestinian television incessantly inculcating anti-Semitism and denial of Israel’s right to exist. Across the fence that has substantially reduced terrorism from the West Bank, Israelis see Ramallah, where Mahmoud Abbas, head of the Palestinian Authority, lives and where a square was recently named in honor of Dalal Mughrabi. In 1978, she, together with 11 other terrorists, hijacked an Israeli bus and massacred 37 Israelis and one American. Cigarette lighters sold on the West Bank show, when lit, the World Trade Center burning.

The Obama administration, which seems to consider itself too talented to bother with anything but “comprehensive” solutions to problems, may yet make matters worse by presenting its own plan for a final settlement of the Israeli-Palestinian problem. Barack Obama insists that it is “costing us significantly in terms of both blood and treasure,” although he does not say how. Gen. David Petraeus says Israeli-Palestinian tensions “have an enormous effect on the strategic context.” As though, were the tensions to subside, the hard men managing Iran’s decades-long drive for nuclear weapons would then say, “Oh, well, in that case, let’s call the whole thing off.”

The biggest threat to peace might be the peace process — or, more precisely, the illusion that there is one. The mirage becomes the reason for maintaining its imaginary “momentum” by extorting concessions from Israel, the only party susceptible to U.S. pressure. Israel is, however, decreasingly susceptible. In one month, history will recycle when the partial 10-month moratorium on Israeli construction on the West Bank expires. Resumption of construction — even here, in the capital, which was not included in the moratorium — will be denounced by a fiction, “the international community,” as a threat to another fiction, “the peace process.”

This, even though no Israeli government of any political hue has ever endorsed a ban on construction in Jewish neighborhoods of East Jerusalem, where about 40 percent of the capital’s Jewish population lives. Strategic Affairs Minister Moshe Yaalon, who says “the War of Independence has not ended” 62 years after 1948, says of an extension of the moratorium: “The prime minister is opposed to it. He said that clearly. The decision was for 10 months. Sept. 27, we are immediately going to return” to construction and “Jerusalem is outside the discussion.”

Predictably, Palestinian officials are demanding that the moratorium be extended as the price of their willingness to continue direct talks with Israel — which begin Sept. 2 — beyond Sept. 27. If this demand succeeds, history will remain cyclical: The “peace process” will be sustained by rewarding the Palestinian tactic of making the mere fact of negotiations contingent on Israeli concessions concerning matters that should be settled by negotiations.