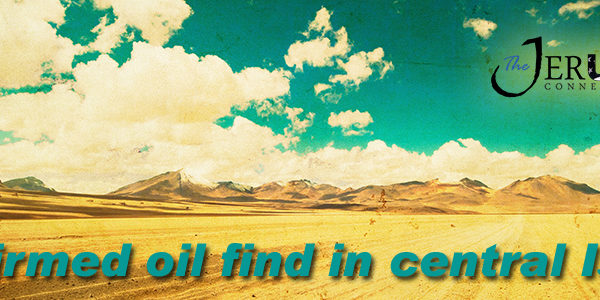 The Givat Olam umbrella organization confirmed for investors in Jerusalem on Monday the discovery of a large commercially-viable oil field in central Israel.

Hundreds of investors from around the world, many of them Christian Zionists, have been pouring money into Givat Olam for years in the hopes of helping secure Israel’s energy independence.

“For many years we drilled wells without success,” chief geologist Tuvia Luskin told the investors. But the Meged 5 exploratory well near the central Israel town of Rosh Ha’ayin had finally provided results which Luskin compared to “the giving of the Torah.”

Luskin and his team first struck oil at Meged 5 in early July. They conducted 189 hours of production tests, during which 3,015 barrels of oil were produced. According to Luskin, when it reaches its capacity, Meged 5 will likely be able to produce 450 barrels of oil a day.

A final report on the size of the oil field is expected next month.

Israeli officials have hailed the find as a major breakthrough that could drastically alter Israel’s fortunes, both by reducing dependence on foreign energy sources and by providing an enormous boost to the economy.