Palestinian Arabs are a counterfeit people 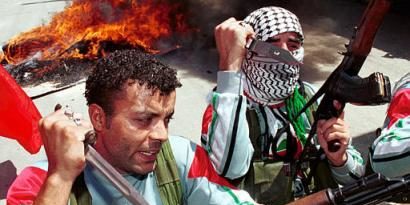 The Arabs who call themselves “Palestinians” are Arabs who are indistinguishable from their fellow Arabs who live in the surrounding artificially created  states such as Iraq and Jordan or the other entities throughout the Middle East created by the colonial powers, France and Britain. Both European powers were victorious after the Ottoman Turkish Empire lay defeated at the end of World War 1.

Both powers carved artificial borders across the corpse of what had been Turkey’s empire in the Middle East, and both France and Britain left a legacy of war and violence, which has bedevilled the region ever since. One such territory, previously occupied by Ottoman Turkey for 400 years, was the geographical entity known sometimes as Palestine ever since the destruction of Judea in 135 AD by Rome.

You will search in vain for Palestinian Arab coinage or Palestinian Arab archaeological artefacts specifically related to any Palestinian Arab king or ancient leader. But what you will find are coins, pottery, ancient scrolls, et cetera, all providing conclusive, empirical and millennial evidence of Jewish civilization dotting the land known correctly as Israel – not Palestine.

The present-day so-called “Palestinians” are an Arab people. They share an Arab culture, ethnicity, and language identical to their fellow Arabs in the Middle East and North Africa, with few if any distinctions.

Yasser Arafat, the Egyptian born arch-terrorist, who imposed himself undemocratically on the Arabs who call themselves Palestinians, was fond of creating the absurd myth that Palestinian Arabs were descended from the Canaanites and the Philistines. As we know, the bigger the lie the bigger the number of people will believe it. And so Arafat twisted history in order to disinherit the indigenous native people of the land: the Jews.

Canaanites, without doubt, were the first known inhabitants of the Land of Israel before the first Hebrews, Abraham, Isaac and Jacob, settled there and before Moses, much later, brought them back during the Exodus to the Promised Land from slavery in Egypt.

Indeed, the correct early geographic name of the Land of Israel is Canaan, not “Palestine.” The Canaanites lived both along the coastal plain and in the mountain regions, which run like a spine down the biblical territory of Samaria and Judea. Their language was similar to Hebrew and their territory stretched north into present day Lebanon and included the present day Golan Heights.

The Canaanites were finally subdued during the reign of King David. Most Canaanites were gradually assimilated into the Jewish tribes, embraced the faith, and were no longer a distinguishable people.

After the 8th century BC, the Canaanites no longer existed and the only people, therefore, who can trace back any lineage to the ancient Canaanites are the Jews: not the Palestinian Arabs. So much for Arafat’s nonsense and for the on- going attempts by today’s Palestinian Arabs to hoodwink the world.

The term “Philistine” provides the source from which the term “Palestine” is derived. The Roman Emperor, Hadrian, recycled the name as an insult to the Jews whose independence he had destroyed. He thus renamed Judea, Philistia, which in time became Palestine. Like the Arabs who gave themselves the concocted name “Palestinian,” the Philistines were alien peoples who entered the land from other regions.

The modern “Palestinian Arabs” flooded British Mandatory Palestine from Arab territories as far away as Sudan, Egypt, Syria and what was Mesopotamia (modern Iraq). They were attracted during the early decades of the 20th century by new employment opportunities provided by the Jewish pioneers, whose heroic efforts were turning the desert green again and restoring the centuries of neglect the land had endured under alien conquerors.

The Arabs came from the stagnant surrounding Arab lands. Britain turned a blind eye to the flood of illegal aliens entering, while at the same time often arbitrarily limiting Jewish immigration into their ancient, biblical and ancestral homeland in order to appease Arab extremists.

The Philistines were non-Semitic peoples who had entered the land from their homes throughout the Aegean Islands in general and from Crete in particular. They are therefore often known as the Sea Peoples.

These ancient Cretans arrived in Southern Canaan and were known as “Pelestim and Keretim” by the Hebrew tribes. It appears that their first settlement may have been Gaza. Later they settled in Ashdod, Ashkelon, Gat and Ekron: the Pentapolis.

Their territory was primarily along the coastal Mediterranean; interestingly, a territory not dissimilar in size to the present day Gaza Strip. They attempted at different times to invade Judah but they were turned back by the various Jewish heroes we know from the Bible and ultimately defeated by King David. From that time onwards they were diminished as a threat and as a separate people – finally disappearing from history. Any “Palestinian” Arab attempt to claim a lineage with them is as absurd as that of links with the early Canaanites for neither Philistines or Canaanites were Arabs.

The so-called “Palestinians” who claim Jerusalem do not want it because it is truly theirs; they want merely to take it away from the Jews for whom Jerusalem, known also as Zion, is the eternal, 3,000 year old Jewish capital.

Perhaps what links the modern day Arabs who call themselves “Palestinians” with the ancient Philistines is that both are invaders. The Philistines wanted to take from the Israelites the Holy Ark of the Covenant, while today’s so-called “Palestinian Arabs” want to take the Holy City of the Covenant.  So let me close with the words of a Christian Arab, Joseph Farah, who knows of what he writes.

“There has never been a land known as Palestine governed by Palestinians. Palestinians are Arabs, indistinguishable from Jordanians (another recent invention), Syrians, Iraqis, etc. Keep in mind that the Arabs control 99.9 per cent of the Middle East lands. Israel represents one-tenth of one per cent of the landmass. But that’s too much for the Arabs. They want it all. And that is ultimately what the fighting in Israel is about today… No matter how many land concessions the Israelis make, it will never be enough”.
– Joseph Farah, “Myths of the Middle East” –

Victor Sharpe is a freelance writer and author of several books including Volumes One and Two of Politicide: The attempted murder of the Jewish state.