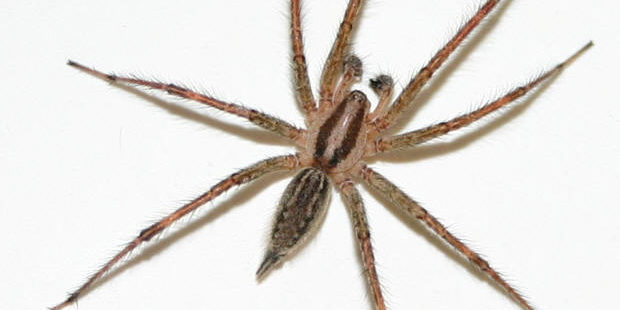 The eruption of violence that occurred on the high seas in the early hours of May 31, when criminals and terrorists masquerading as peace activists attacked and tried to kill Israeli soldiers had at least one positive outcome:

It caused Prime Minister Benjamin Netanyahu to cancel his visit to the White House, which had been set for Tuesday after President Barack Obama extended an invitation to the Israeli leader last week.

Few observers were fooled by the “friendly” request. Obama, who has unabashedly realigned his country away from its traditionally pro-Israel stance, had come under withering fire from many quarters – including some in his own corner – after treating Netanyahu like dirt during his last visit to Washington.

With a virtually 0 percent approval rating among Israelis, the American leader had clearly been forced to accept the fact that he would not be able to cajole the people of the world’s only Jewish state into embracing his vision for a new Middle East.

Hungry for a foreign policy feat – and none is as enticing as the thought of securing an Arab-Israeli peace – Obama was ready even to eat a little crow, thus the invitation sent by the hand of his chief of staff, Israeli turncoat Rahm Emanuel.

Not that the president has had a change of heart. Having waved the threatening stick of publicly chastising Israel if the just-begun proximity talks go awry, he now dangles the sweetened carrot of renewed commitment to the “special relationship” between Israel and the United States.

Simply put, Obama planned to spring a sweet trap on Netanyahu in the White House. Some flattering words, a smiling photo opportunity, and perhaps a friendly meal around the presidential table, and Israel’s prime minister would have been ripened for manipulation.

According to the Bible:

The king’s heart is in the hand of the LORD, like the rivers of water; He turns it wherever He wishes. (Proverbs 21:1)

And, speaking to Israel:

Since you were precious in My sight, You have been honored, And I have loved you; Therefore I will give men for you, And people for your life. (Isaiah 43:4)

And, exhorting His people against the odds:

You must not fear them, for the LORD your God Himself fights for you.’ (Deuteronomy 3:22)

You may be familiar with a poem that has thrilled and delighted many a child. An American believer shared earlier this week her understanding that its theme speaks to the heart of what President Obama is hoping to achieve in his belated wooing of Netanyahu.

“Will you walk into my parlor?” said the Spider to the Fly,? “‘Tis the prettiest little parlor that ever you did spy; ?The way into my parlor is up a winding stair, ?And I have many curious things to show you when you are there.” ?”Oh no, no,” said the Fly, “to ask me is in vain; ?For who goes up your winding stair can ne’er come down again.” ??”I’m sure you must be weary, dear, with soaring up so high; ?Will you rest upon my little bed?” said Spider to the Fly. ?”There are pretty curtains drawn around, the sheets are fine and thin; ?And if you like to rest awhile, I’ll snugly tuck you in!” ?”Oh no, no,” said the little Fly, “for I’ve often heard it said they never, never wake again, who sleep upon your bed!”?? Said the cunning Spider to the Fly, “Dear friend, what can I do? to prove that warm affection I’ve always felt for you?? I have within my pantry, good store of all that’s nice;? I’m sure you’re very welcome – will you please take a slice?”? ”Oh no, no,” said the little Fly, “kind sir, that cannot be,? I’ve heard what’s in your pantry, and I do not wish to see!”?? ”Sweet creature,” said the Spider, “you’re witty and you’re wise;? How handsome are your gauzy wings, how brilliant are your eyes!? I have a little looking-glass upon my parlor shelf;? If you step in one moment, dear, you shall behold yourself.”? ”I thank you, gentle sir,” she said, “for what you’re pleased to say;? And bidding good morning now, I’ll call another day.”?? The Spider turned him round about, and went into his den,? For well he knew the silly Fly would soon come back again;? So he wove a subtle web in a little corner sly,? And set his table ready to dine upon the Fly.? then he came out to his door again, and merrily did sing,? ”Come hither, hither, pretty Fly, with the pearl and silver wing;? Your robes are green and purple, there’s a crest upon your head;? Your eyes are like the diamond bright, but mine are as dull as lead.”?? Alas, alas! how very soon this silly little Fly,? Hearing his wily, flattering words, came slowly flitting by;? With buzzing wings she hung aloft, then near and nearer drew, -? Thinking only of her brilliant eyes, and green and purple hue;? Thinking only of her crested head – poor foolish thing! At last,? Up jumped the cunning Spider, and fiercely held her fast.? He dragged her up his winding stair, into his dismal den? Within his little parlor – but she ne’er came out again!?? And now, dear little children, who may this story read,? To idle, silly, flattering words, I pray you ne’er heed;? Unto an evil counselor close heart, and ear, and eye,? And take a lesson from this tale of the Spider and the Fly.