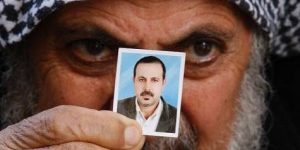 In that day I will make the governors of Judah like a firepan in the woodpile, and like a fiery torch in the sheaves; they shall devour all the surrounding peoples on the right hand and on the left, but Jerusalem shall be inhabited again in her own place—Jerusalem. (Zechariah 12:6)

World leaders are beside themselves.

Israel – it is universally reported – sent an intelligence team to take out one of the Jewish people’s many enemies. The team used fraudulent passports and other people’s identities to carry out the operation.

According to first reports, he had died after “a long illness.” Hamas itself tied his death to “a medical issue.” Then, when his body arrived in Damascus, Syrian authorities called and told his brother that Mabhouh had been “assassinated by Israel.”

Almost a full month after his passing, Dubai police suddenly announced that they are “99 percent certain” the Mossad – Israel’s version of the CIA (only with a more impressive track record) – had eliminated him.

The Mossad – the Institute for Intelligence and Special Operations – does not comment on such allegations.

After a full year of worldwide demonization since Israel launched a self-defensive military operation against Hamas in Gaza, the international community was poised to seize the accusation and run with it.

On February 21, the British newspaper – the Sunday Times – reported as fact that Israeli Prime Minister Benjamin Netanyahu had ordered the killing.

Outrage is boomeranging round the world. The United Kingdom and France have expressed their hypocritical horror that Israeli spies would use Irish and French passports and false identities to perpetrate such an action. Israeli diplomats are being called onto the carpet to “explain.”

•All nations – including England and France – employ spying techniques that break the laws of the countries they are spying on.

•As far as Israel is concerned, Mahbouh was an enemy combatant and a legitimate target. Hamas is in a state of war against Israel. Mahbouh – according to the terror organization and according to his own brother – was personally responsible for the kidnapping and killing of Israeli soldiers. Untold is the number of Israelis who have lost their lives as a direct result of this man’s actions in the Hamas.

•And my own personal view: Israel should train and send its agents after every properly identified and accurately accused foe. It should take out killers of its people in Cairo and Damascus, Dubai and Baghdad, Tehran and Beirut, England and France, Canada and the United States – wherever they may be.

•Let no murderer of Jews feel safe anywhere in this world.

In any case, as far as Lebanon and Syria, Iran and Iraq, Jordan, Saudi Arabia and Egypt are concerned; Israel is set to do a lot more damage than merely remove individual foes here and there.

The Islamic-Arab world – specifically those states around Israel – is the woodpile. Judah’s governors – that is the Jewish leadership – are the firepan. The fate of the woodpile is to be devoured.

So says the prophet Zechariah, in the context of the very days in which we are living.