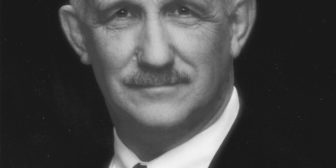 Congress as a whole is predominately pro-Israel. Some notable exceptions are the 54 Democrats who recently visited Israel with a blatantly pro-Palestinian agenda. Still most of our elected officials in Washington say they are pro-Israel. The question is, “What do these people mean when they say ‘I support Israel’?” Does saying “I support Israel” really make it so?

If they mean by supporting Israel that they endorse the Obama administration’s “Road Map to Peace” with its two-state solution and a divided Jerusalem to be the answer to the Israel-Palestinian conflict, then they don’t really support Israel. Rather, they support the basic myth that much of the land belongs to the Palestinians. The “Road Map to Peace” is pro-Palestinian, not pro-Israel.

To perpetuate the “Road Map to Peace” is to perpetuate a proven, dysfunctional foreign policy with respect to Israel and the Palestinians. It has many of the symptoms of a dysfunctional family which accepts conflict, misbehavior, denial of reality, and even tolerates abuse on the part of some members of the family. Inevitably, others in the family accommodate such actions which in turn continue to reinforce and enable dysfunctional behavior. The “Road Map to Peace” is based on fantasy, not fact – on the acceptance of fabrication, not reality.

For example, one of the main symptoms of a dysfunctional relationship is “denial.” The Obama administration’s “two state solution” is built on a refusal to acknowledge the Palestinian’s clear call and commitment to the extermination of Israel. Our leaders refuse to take them at their own word, hoping against hope they don’t really mean what they say. In fact, the bulk of Palestinians have indicated verbally and in writing since Israel’s inception that their goal is not peace, but the total destruction of the State of Israel. How many times do they have to say it before we believe they really mean it? To keep denying this is to insure future failure – a failure these so-called “land-for-peace plans” have produced time after time.

We have further enabled the failure by continually sending millions in aid to the Palestinian Authority, knowing full well the leadership has squirreled most of it away in Swiss banks. Congress recently approved a further $59 million dollar aid package to the office of Palestinian Prime Minister Mahmoud ‘Abbas. Some $43 million is earmarked for training and equipping Abbas’ personal security force. We know in our heart of hearts this money will be used to export violence against Israel, yet we continue this insane process of enabling Palestinian terrorism. The irrationality of supporting this Palestinian pathology is mind boggling.

For us to continue to push Israel toward this “land for peace” solution is to live in denial of its past failures. Israel’s reward for pulling out of south Lebanon was the rapid rise and resulting attacks by Hizbollah. Israel’s reward for “disengaging” from Gaza was the flourishing of Hamas, al-Aqsa Martyrs Brigade, Islamic Jihad and the omni present Al_Qaeda.

At this writing, Major General Amos Yadlin of the Israel Defense Force (IDF) department of Military Intelligence, has warned the Israeli cabinet of “an increase in the potential for instability” during this spring and summer. Both Hizbollah and Hamas have admitted as much. Yet the fiction persists that Israel can live in peace with these terrorists if only they will just give up a little more land.

Why do our leaders continue to press Israel to commit incremental suicide? Part of the answer may lie in the “Messianic Impulse” that both President Clinton and President Bush aggressively displayed and which President Obama seems committed to follow. That is, they want desperately to be credited as the architects of peace between Israel and the Palestinians – something that only the Messiah will bring. Until then, these terrorists Israel faces must be contained and neutralized. Which is to say, there will be no political or diplomatic solutions until there is a military solution. Peace terms can only be negotiated after terrorists are defeated.

There is, however, a more basic question President Obama should answer. “As a declared Christian how can he justify defying the revealed will of God by requiring Israel to give up land that God gave by covenant promise?” The continued commitment to the “Road Map to Peace” by this administration reveals two things. Either they don’t know of God’s covenant promises to Israel, or, they do know and yet have been influenced by Replacement Theology (i.e., the Church is the new Israel and God’s covenants with Jews is nullified because they rejected Christ).

We have some litmus tests for the candidate who receives our votes in 2010. At the top of the list is a willingness to renounce once and for all the “Road Map to Peace” and to discard our dysfunctional foreign policy regarding Israel. We want elected leaders who will “drop the illusion that Palestinians plan to accept Israel and seek a peaceful state alongside her.”