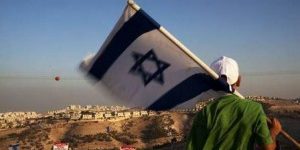 As I write this, the Jewish state is humiliated by a freeze on all and any construction within Yesha. What is Yesha? It is the Hebrew acronym for the biblical and ancestral heartland of the Jewish people. It is Yehuda and Shomron, or Judea and Samaria, but the world prefers to call it by its Arab name, the West Bank.

The humiliation is all the greater because Prime Minister Binyamin Netanyahu and, in particular, his Defense Minister, Ehud Barak, are voluntarily enforcing the freeze for a ten month period. This interim arrangement to appease President Barack Hussein Obama, like any new imposition, usually has a life of its own and tends to become permanent.

Thus Jews living within their very heartland are forbidden to even build a porch on their modest homes; this while the Arabs who call themselves Palestinians illegally build at a feverish pace throughout the area with no opposition from any quarter; certainly not from this United States administration.

President Obama, considers the 300,000 Jewish souls living in Yesha to be more of a threat to world peace than the violent and genocidal acts of Hamas in Gaza and the duplicitous machinations of the Palestinian Authority. There are some 1.5 million Arabs in Judea and Samaria, according to Yoram Ettinger, a demographer, former Consul General in Houston with the rank of Ambassador and past Director of Israel’s Government Press Office. This contrasts with the grossly inflated figures of 2.5 million that the Palestinian Authority claims.

Yet President Obama believes that the one million Muslim Arabs living within Israel’s 1967 borders constitute no threat at all to the Jewish state. What strange mathematics! Of course the dirty secret is that if Jews were permitted to remain in their villages and towns within a newly created Arab state called Palestine, (on biblical and ancestral Jewish land in Judea and Samaria), they would be constantly harassed, persecuted and, no doubt, lynched by the followers of the “religion of peace.” So it is obvious that this grotesque and evil decree freezing Jewish life in Yesha is not ever going to placate the voracious and relentless appetite of the Muslim Arabs for they will never accept a non-Muslim state in land that was at one time conquered in the name of Allah. As I have written before, the Muslim Arabs would not even accept Israel if it shrank to one downtown square in Tel Aviv.

As Yoram Ettinger puts it: “… A freeze re-entrenches the misperception of Jewish presence in Judea and Samaria as an ‘obstacle to peace.’ It diverts attention and resources from the crucial threat to peace: Abu Mazen’s (Mahmoud Abbas) engineered hate education – the manufacturing line of terrorists – and Arab rejection of the existence, and not just the size, of the Jewish state.”

To sum up: This humiliating and shamefully imposed freeze on Jewish life within its historic homeland is no enhancer of true peace; it is merely a gift of blatant appeasement to the ever hostile and implacable Muslim enemy. At the same time that this Pharaonic decree is foisted upon the Jewish residents of Judea and Samaria, the Iranian mullahs are ignoring with contempt all the feeble sanctions and words emanating from the U.N., the EU., and from the Obama Administration. The Islamic Republic of Iran is determined to build nuclear weapons, which they have made no secret are aimed at destroying Israel. Despite all agreements Iran has entered into, she has predictably reneged on them all. Not content with the existing number of 500 centrifuges that are spinning their promise of atomic death, the illegitimate Iranian regime has now stuck its finger in the eye of the West by announcing that it intends to build ten times more uranium enrichment plants, making a total of 5,000 centrifuges.

This then is the main threat to Israel’s survival. Iran’s president not only publicly preached Holocaust denial, but plans on inflicting a second holocaust upon the remnant of the Jewish people. At the same time, Iran spends vast sums in providing its Hizballah proxy in Lebanon and Hamas in Gaza with huge quantities of advanced weaponry to be used against Israeli civilians. Thousand of deadly rockets are thus aimed at northern Israel from Lebanon and at southern and central Israel from the Gaza Strip.

Anti-Semitism is growing at alarming rates throughout the world, primarily in Europe and Britain because of the growing Muslim presence and influence. However, the Jews are again becoming the eternal scapegoat for the inability and frustration of western societies to prevail against encroaching Islam.

The twin devils of political correctness and multiculturalism, imposed by their elites, are the root cause but the Jews, as always, are the targets. In fact, Israel itself is becoming increasingly isolated and demonized. It is being forced to don the same mantle of suffering that the individual Jew endured for millennia. This is, of course, highly irrational but then hatred of the Jews has always been rooted in irrationality. That is why there is even anti-Jewish propaganda in Japan where few if any Jews live.

The appeasement of the Arab and Muslim world will bring the exact opposite of what the appeasers seek. Winston Churchill wrote the following: “Appeasement is like feeding a crocodile in the hope that he will eat you last.” The crocodile has no feelings of sympathy, nor does the Muslim Arab whose culture considers any concessions as a form of weakness and will offer no reciprocal concessions but cruelly demand more and more. It reminds me of the ancient saying from the Jewish Ethics of the Fathers: “Whoever is merciful to the cruel will end by being cruel to the merciful.”

Victor Sharpe is a freelance writer on Jewish history and the Islamist-Israel conflict. He has just completed work on a second volume to his highly acclaimed book: Politicide – The attempted murder of the Jewish state. His books are available from his publisher www.lulu.com