May God yet bless America 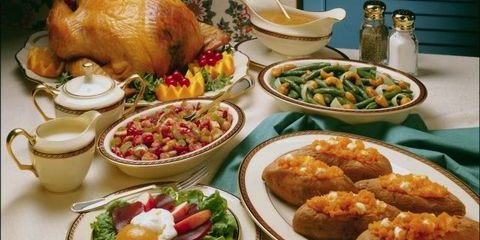 Christian Americans, my friends over there tell me, are on the move. Like soldiers emerging shell-shocked from a battle where they have been bombarded with round after round of high explosive, they are starting to shake off the stupor created in the ten months since the US became the Obamanation.

Today is Thanksgiving. And today, as with Jacob and Esau in the womb, it appears as if two nations are struggling together inside the borders of that great country in a way some see as portending another civil war.

Millions are thanking Father God for founding and building and keeping and using America – a city set on a hill.

Millions of others are thanking mother nature; liberal humanism; their lucky stars; Hollywood – anything but the Creator – for the headway they have made in steering America away from its Christian roots, especially now that they have in the White House a man who champions their vision.

From the expressions of outrage, shock, anger and rejection that have come from enormous numbers of patriotic Americans these last months, it seems the Obama administration has most effectively employed political blitzkrieg against them. The president and his democrats on the hill have stunned and overwhelmed many.

Will they win, or will the very enormity of the negative impact they are making on their Christian countrymen generate a backlash strong enough to unseat them and to reverse the destructive policies they are trying to force upon America?

In Israel, we are watching keenly. Washington has been squeezing the Netanyahu government mercilessly to stop building homes for Jews in the Jews’ homeland. President Obama does not have many friends here.

And there are those of us who see the connection very clearly between the way America’s leaders deal with Israel and what happens internally in the United States.

I am a Christian with American roots going all the way back to the Mayflower. For years I have been concerned (for America’s sake, not only for Israel’s) about the ever-widening rift between these two countries. On my own, and with my family, I have traveled across the US to appeal to Christians not to allow their government to impose a “two state solution” upon the people of Israel. Still the attempt to do so continues; today more intensely than ever.

I thank God too that there ARE millions of God-fearing Americans who will not lie down and let their country be taken away from them. Together with non-American friends of the United States around the world I pray that God will remember what He has always purposed that country to be, that through His people He will move to roll back the darkness and restore His light from one side of America to the other.

It’s a big prayer, but it’s not too big.

As I finished writing this, a “US Warrior” in Augusta, GA, emailed me.

By the President of the United States of America, a Proclamation.

Whereas it is the duty of all Nations to acknowledge the providence of Almighty God, to obey his will, to be grateful for his benefits, and humbly to implore his protection and favor– and whereas both Houses of Congress have by their joint Committee requested me to recommend to the People of the United States a day of public thanksgiving and prayer to be observed by acknowledging with grateful hearts the many signal favors of Almighty God especially by affording them an opportunity peaceably to establish a form of government for their safety and happiness.

Now therefore I do recommend and assign Thursday the 26th day of November next to be devoted by the People of these States to the service of that great and glorious Being, who is the beneficent Author of all the good that was, that is, or that will be– That we may then all unite in rendering unto him our sincere and humble thanks–for his kind care and protection of the People of this Country previous to their becoming a Nation–for the signal and manifold mercies, and the favorable interpositions of his Providence which we experienced in the course and conclusion of the late war–for the great degree of tranquility, union, and plenty, which we have since enjoyed–for the peaceable and rational manner, in which we have been enabled to establish constitutions of government for our safety and happiness, and particularly the national One now lately instituted–for the civil and religious liberty with which we are blessed; and the means we have of acquiring and diffusing useful knowledge; and in general for all the great and various favors which he hath been pleased to confer upon us.

And also that we may then unite in most humbly offering our prayers and supplications to the great Lord and Ruler of Nations and beseech him to pardon our national and other transgressions– to enable us all, whether in public or private stations, to perform our several and relative duties properly and punctually–to render our national government a blessing to all the people, by constantly being a Government of wise, just, and constitutional laws, discreetly and faithfully executed and obeyed–to protect and guide all Sovereigns and Nations (especially such as have shewn kindness unto us) and to bless them with good government, peace, and concord–To promote the knowledge and practice of true religion and virtue, and the encrease of science among them and us–and generally to grant unto all Mankind such a degree of temporal prosperity as he alone knows to be best.

Given under my hand at the City of New York the third day of October in the year of our Lord 1789.

Two hundred and twenty years ago, the President of the United States wrote those words.

Untold numbers of American citizens are invoking them today.

May God hear the prayers of His people. May God bless them.

And may God YET bless the United States of America.