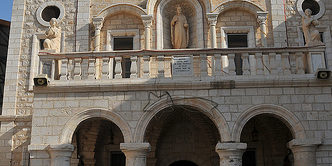 John 2:11, “This beginning of signs Jesus did in Cana of Galilee, and manifested His glory.”

Five dusty faces smiled quietly as they crossed over the “state” line from Judea into Galilee.  Memories of their past four days in Judea danced joyfully in their hearts.  Andrew and Philip would never forget the scene along the banks of the Jordan River where they had witnessed the baptism of their new rabbi, Jesus.  Overwhelmed by the impact of that day and of the next when they had met Jesus personally for the first time, they quickly found Peter and Nathanael to retell their experiences and to introduce them to Jesus.  To their surprise and joy Jesus had then invited them all to follow him into Galilee.

All five grew up in Galilee and had only ventured south for a short time to hear the preaching of the Baptizer.  Andrew and his younger brother Peter, along with Philip, grew up on the north shores of the choppy waters of the Sea of Galilee.  Several miles to the southwest in hilly Nazareth stood a small carpentry shop and family home whose rooms knew well the footstep and voice of our Savior, and just a stone’s throw north of Nazareth lay another sleepy town with marshy soil and a refreshing spring that Nathanael called home—Cana.

Despite his weary legs from two days hard walk from Judea, Nathanael’s smile suddenly broadened upon arriving in Galilee and learning that they had all been invited to a wedding feast in his hometown.  His step quickened as the familiar landscape of Cana spread out below them in the ancient plain of Asochis.  Entering the wedding hall Nathanael naturally took the lead, introducing Andrew, Peter and Philip to the bridegroom and to all his hometown friends.  Jesus, seeing his mother in attendance, slipped off to kiss her cheek and to show his glory.

During his three-year ministry on earth Jesus performed many signs that would reveal his glory as the Son of God (John 20:31).  At Cana of Galilee the young rabbi performed the first of thirty-five recorded miracles by turning water into wine (John 2:1-11).  Four days earlier at his baptism, many had witnessed a remarkable display of God’s glory as the heavens opened up, the Father’s voice expressed pleasure in his Son and the Spirit-dove lighted on the Nazarene’s shoulder.  Many there believed.  Now in Cana more would believe after witnessing his glory (2:11).

Today on the traditional site of the miracle of water to wine stands a church with a display of several stone jars and another church nearby with a chapel that commemorates the home of Nathanael.  The two churches stand as memorials to the glory of God who changes things.  Not just water to wine, but hearts as well.  He changed Nathanael and the other disciples.  He changed me, and Jesus also wants to turn your stony heart into a heart of faith.

When Jesus turned water to wine, the wedding guests marveled, for no other wine compared in taste; likewise, what Jesus offers you is a life to which nothing else can compare.  Won’t you believe that Jesus can change even you?