God, America, and the economy 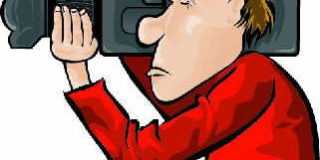 The first reason I believe America is not mentioned in Bible prophecy is economic collapse. When God judges a nation, He does so by judging the gods of the nations. This is what He did in Egypt with the 10 plagues. The plagues were against the gods of Egypt. So, if you want to know how God would judge America, all we have to do is list the gods of America. And at the very top of the list is money.

It should be obvious to all of us that greed will destroy America. With all of our great wealth as a nation, America has become a debtor nation. That means we owe more than we have. Every individual household understands this. If you keep spending more than you are earning, eventually you go bankrupt.

Our government debt is in the trillions of dollars. The rate of our debt increases in billions of dollars every day. Regardless of our government’s fiscal and monetary policies, or maybe because of them, we will never be able to balance the books. And sooner or later, probably sooner, the economy will collapse under the weight of our debt. Without our economic power, America will no longer be a superpower. This could happen overnight as we have seen in the weakening of the dollar, the panic on Wall Street and the bailing out of our financial system.

In 1787, about the time America established its independence from Britain, a Scottish history professor at the University of Edinburgh named Alexander Tyler made the following comment about the fall of Athens. This comment was posted on the internet.

“A democracy is always temporary in nature; it simply cannot exist as a permanent form of government. A democracy will continue to exist up until the time that voters discover they can vote themselves generous gifts from the public treasury. From that moment on, the majority always vote for the candidates who promise the most benefits from the public treasury, with the result that every democracy will finally collapse due to loose fiscal policy, which is always followed by a dictatorship.”

Tyler continues, “The average age of the world’s greatest civilizations from the beginning of history, has been about 200 years. During those 200 years, those nations always progressed through the following sequence:

In view of this statement, where do you think America is in the progression?

Dr. Richard Booker is a bestselling author and speaker and the Founder of Sounds of the Trumpet and the Institute for Hebraic-Christian Studies. He is a contributing editor for the Jerusalem Connection. To invite him to speak to your congregation or conference and to learn more about his work, see his web site at: www.rbooker.com.This is the first of six articles on America in Bible prophecy. The articles are excerpts from Dr. Booker’s new book, “The End of all Things is at Hand—are You Ready?” To get the full text, order this book directly from Dr. Booker’s web site at www.rbooker.com.