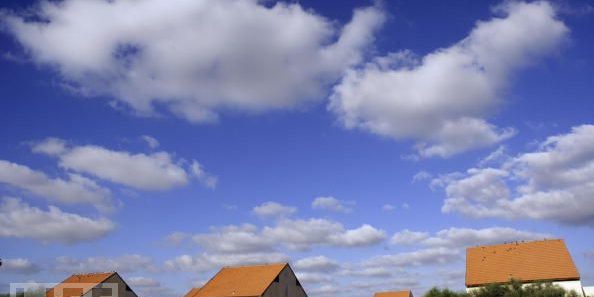 “If someone cuts themselves in the left hand by mistake, would that hand then cut the other hand in revenge? Of course not, for they are hands of the same body.” Jerusalem Talmud

The events of six days in August are forever burned in Israel’s national memory. In what had been predicted to take at least a month, twenty-one settlements in the Gaza Strip were evacuated, over 9,000 people uprooted, and all homes destroyed. For the evacuees, it was a nightmare turned reality. For the people of Israel and the world, it is time to mentally process this tragic turning point by determining how to chronicle the images, stories, and testimonies of Gaza’s last days.

The international media and world community has traditionally demonized settlers as fanatics and militants. The Israeli Defense Forces (IDF) has been portrayed as ruthless and excessive in their confrontations with terror. These myths and negative labels were turned on their head after watching weeping soldiers and settlers sing, pray, and hug in solidarity as the Gaza evacuation went forward. In the face-off of the disengagement, there was no clear delineation of good and evil. There were just settlers and soldiers, people of the same land and faith who mutually regretted the situation in which they found themselves.

There were endless scenarios of how the evacuation of settlements could have played out. Many predicted violent resistance from settlers and weeks of bloody confrontation to pry each family from their home. Others assumed a mass refusal to participate on the part of religious IDF soldiers, hindering a successful withdrawal at the cost of paralyzing the state and threatening the rule of law.

No such scenario was to play itself out, however, because settlers and soldiers refused to see each other as the enemy. The IDF executed their awful task with compassion and empathy. The highest military commanders walked through settlements in Gaza, unarmed and without flack jackets. Although overly dramatized by the media, instances of paint throwing and setting tires ablaze by protestors—legitimate acts of resistance— were few and short lived. A quiet determination and commitment kept many families unpacked and in their homes until the bitter end. While they wept at their fate, they did not react violently towards the soldiers leading them out of their homes. The predicted blood baths, civil war, and mass suicides proved to be disconnected from reality. No, the real stories were those of bravery, faith, and brotherhood, like those from the last days of three Gaza settlements: Moshav Katif, Netzarim, and Morag. What the world saw in those six days of August bears witness to the true colors of a strong people and a strong nation.

In Moshav Katif, the synagogue that was the center of community life served as a final mourning site. Rabbi Ari Katz wrote on his blog for the Jerusalem Post about the moshav’s last morning together: “The entire yishuv went to the Shul, and there in the Shul, there was an unbelievable sight. There were soldiers, policemen, and the residents, dancing slowly together while crying and singing. There was not a dry eye in the entire place. Maybe, this was the comfort that we had read about on Shabbos, knowing that even the army and police recognize the horrible tragedy.” Dancing the Torah scrolls to a nearby bus, residents departed together with hopes to start over, somewhere, as a united community.

The army unit that had always guarded Netzarim—the most isolated settlement in Gaza and the most heavily attacked—was the same unit responsible for protecting residents during their evacuation. Some soldiers were residents themselves and doubtless felt solidarity with the settlers. An Israeli general oversaw the evacuation of his own children and grandchildren from their homes. The night before evacuation, soldiers and residents held a final Sabbath together. After hours of prayer and weeping, settlers mounted their usual bullet-proof convoys and drove to the Western Wall. Clutching their Torah scrolls and waving the flag of Israel, they demonstrated both their piety and continued commitment to the State of Israel.

When the IDF’s Golani Brigade went to Morag to distribute eviction orders, Brigadier General Erez Zuckerman was met by a desperate evacuee who had served under his command. In between sobs, the settler told Zuckerman, “I am not your enemy! I served as an officer under you! We served shoulder to shoulder. A few kilometers from here they kill us daily. How have we suddenly turned into your enemies? All we ask is that you love us!” The two embraced and all the teary-eyed Zuckerman could say was, “We love you and the Golani Brigade is here to help you.”

These testimonies and the many others like them are not evidence of heartless militants or extreme fanatics. They are touching examples of an intimacy shared by the Israeli people and a refusal to behave as enemies. These images have been grafted into the national conscious to remind the country of a kinship that bridges ideological divides, even in the face of great turmoil. For those who stand in support of Israel, especially Christian Zionists, let us give recognition to the soldiers who conducted themselves with compassion and the settlers whose bravery and faith should be a lesson to all Zionists.